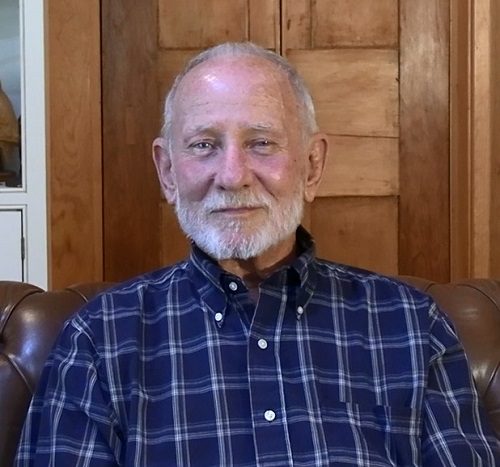 In honor of LGBTQ+ History Month, we are featuring the story of United States Naval Officer Larry A. Reed. Reed served in the United States Navy from 1961 to 1966 during the Vietnam War. Reed was the weapons and air control officer on the destroyer escort USS Wilhoite (DER-397) from 1961 to 1962, the executive officer on the USS Summit County (LST-1146) from 1963 to 1965, and the briefing/watch officer at the Surveillance Operations Center (SOC) and Military Assistance Command-Vietnam (MAC-V) Naval Assistance Group (NAG), Saigon, 1965.

Reed grew up in Green Bay, Wisconsin, son of a middle-class working family. He knew how to get into the Green Bay Packer games for free at City Stadium. After graduation from Green Bay East High School, Reed attended Northwestern University. While at Northwestern, Larry received an NROTC scholarship and began summer cruises as a midshipman. His cruises as a midshipman in 1958 and 1959 were in the Atlantic and Pacific Oceans and up the St. Lawrence River. Reed found these cruises helpful in learning the ways of the Navy.

Following graduation and commissioning into the Navy as an officer, Larry attended training at San Diego, California, where he went to school for anti-submarine warfare and an air control officer course for eight weeks.

After this, Reed went to his first ship, the USS Wilhoite (DER-397). There he was the air control officer and maintenance officer. The USS Wilhoite was based out of Pearl Harbor and ran regular radar patrols into the North Pacific and with occasional trips to Japan and the South Pacific. Another position Reed held was that of gunnery officer.

Reed remembers long hours of arduous work on the small Wilhoite, but also recalled the strength and the professionalism of the sailors. He also recalled having good sea-legs and not being subject to the same seasickness as some of his fellow officers.

In particular, the partial flooding of the officers’ quarters in the stern of the ship sticks out in his memory. The Wilhoite, as a World War II era ship, was apparently suffering numerous pipe leaks by 1961 that caused the flooding. Other duties included picking up numerous Japanese net balls and monitoring Soviet ships. In his time off, ensign, then later Lieutenant Junior Grade Reed spent time on the beach at Waikiki, Oahu, and in the officers’ club.

From 1963 to 1964, then Lieutenant Reed served as the executive officer and navigator of the USS Summit County (LST-1146) stationed in San Diego. Reed explains that this position gave him a unique insight on supervising others. Reed states that he had been trained as a navigator by his enlisted crew and became quite accurate in navigating the Pacific Ocean. The Long-Range Navigation (LORAN) was inaccurate so Reed used the stars to navigate.

The Summit County practiced numerous landings though Reed said he had at no time beached the ship. Handling of a landing ship, tank (LST) in the open ocean was difficult. Memorable events included singing with Don Ho at the Waikiki officers club.

Reed comments that the Summit County received numerous awards for its performance during this time. He also states that he really enjoyed the leadership and mentoring of Lieutenant Commander Brisbois. That said, one of the duties delegated to Reed was the discharge of homosexual sailors then required by regulation and this troubled Reed.

Once in Vietnam, then-Lieutenant Reed worked at the Naval Assistance Group (NAG) Surveillance Operations Center (SOC) in the old-French schoolhouse in downtown Saigon. While the briefing officer for the NAG, Reed was involved in Operation Market Time. Operation Market Time was a United States Navy effort to advise the Republic of Vietnam Navy on how to stop the flow of weapons into South Vietnam.

Reed states that the United States naval role in early 1965 would later transition into more than just an advisory role later in 1965 and 1966. Furthermore, few weapons were intercepted at sea but inland instead. Operation Market Time had nothing to do with the land-based Army advisors and little to do with the deep-water Navy. The intelligence that Reed was able to glean was somewhat limited and communications security was non-existent. Means of communication included phone lines and shortwave radio. Reed gave daily briefings to the naval captain in charge, Captain Hardcastle, later an admiral, and Admiral Nordby in 1966.

Reed says that he did not come under direct fire, but many of his peers had been attacked. Reed witnessed firsthand the severe injuries one of his fellow officers received in a hotel bombing as a result of standing in front of a window. On the whole, Reed states that he enjoyed being stationed in the old French buildings in Saigon, from 1965 to 1966. In December 1965, during a Christmas event with the Vietnamese, there was an unfortunate stampede by Vietnamese children who fled Santa Claus’ arrival in a helicopter. They feared an attack by the United States helicopter.

Reed had his first homosexual experience in Saigon. Reed struggled with having to discharge homosexual sailors and hide his homosexuality. In March 1966, Reed resigned from the Navy because he couldn’t reconcile his homosexuality with then-Navy regulations. However, President Johnson declined all resignations and as a result Reed left the service in May 1966.

Upon return to the United States, Reed drove non-stop from San Diego to Chicago, and visited friends at Northwestern. Following that he went home to Green Bay, soon after, followed by enrolling at the University of Wisconsin-Madison. There Reed became involved in the theater arts and received fellowships for playwriting. After receiving his PhD, Reed went on to teach at Beloit College. Later, Reed wrote Xuan Hoa a film script. Reed says that though he participated in the Vietnam anti-war protests he was generally on the periphery of them.

Overall, Reed stated that his experience overall with the Navy was a positive one that helped him grow as an individual. Reed is currently active in historic preservation of Cooksville, Wisconsin.

To watch Reed’s interview CLICK HERE or on the image below: 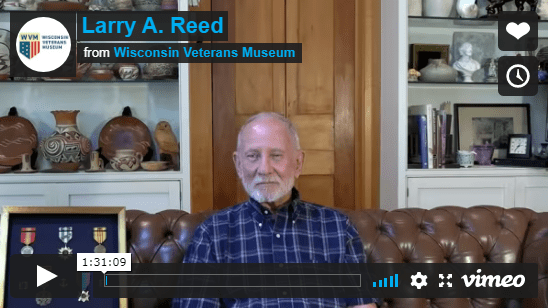 Your ticket for the: Honoring LGBTQ+ Veterans of Wisconsin