Iraq by Way of Stoughton: A Marine’s story 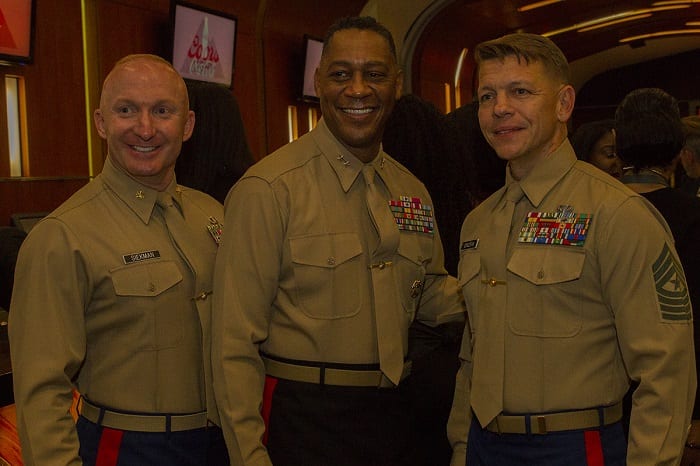 Shawn C. Corcoran grew up in Stuttgart, Germany, the child of a United States military family. Corcoran returned to the United States to finish his high school education in Stoughton, Wisconsin. In 1990, following his graduation, he enlisted in the Marine Corps in Madison, Wisconsin.

Initially posted to Camp Pendleton, California, Corcoran found himself deployed to Riyadh, Saudi Arabia, for Operation Desert Shield/Storm. Soon after returning to Camp Pendleton, he patrolled the streets of Los Angeles for ten days following the Rodney King verdict and subsequent protests and riots. Next, the Marine Corps stationed him in Okinawa, Japan. Corcoran's unit deployed from there to Somalia for a humanitarian mission that sought to improve the flow of food relief to starving families displaced by civil war.

After completing his first active-duty enlistment, Corcoran returned to Madison and civilian life. However, he then decided he wanted to return to some type of military service in the reserves and chose Marine Forces Europe for Temporary Additional Duty tours. There he deployed to Bosnia and observed the ravages of civil war and its horrific effects on a modern city.

Following that troubling experience, Corcoran decided to become entirely civilian and not be on active duty or in the reserves. He established a family home in Madison, he and his wife had two sons, and he built out his professional career in the private sector as a cable company lineman.

Corcoran then watched with amazement the attacks of 9/11 unfold before his eyes on a television screen. And after years as a civilian, Corcoran felt compelled to do something, and he did. His response was to get back in shape and put back on his Marine uniform. He enlisted in the reserves and then quickly returned to active-duty service.

Here he is in his own words describing each of these experiences:

0:55 Decision to return to active duty

Corcoran went on to serve in Iraq and then retired as a sergeant major after twenty-three years of service. To continue the story with his tour in Iraq, please go to time stamp 00:33:00 after clicking here.

CONTENT WARNING: Please note this account does include graphic descriptions of death, war, genocide, disturbing imagery, troubling dialogue, and personal commentary. We appreciate the bravery of the narrators in sharing their stories—please be respectful when engaging with these interviews.

Please click here to find out more about the Wisconsin Veterans Museum Oral History Collection for these and thousands of other veteran's stories.

Your ticket for the: Iraq by Way of Stoughton: A Marine’s story

Iraq by Way of Stoughton: A Marine’s story