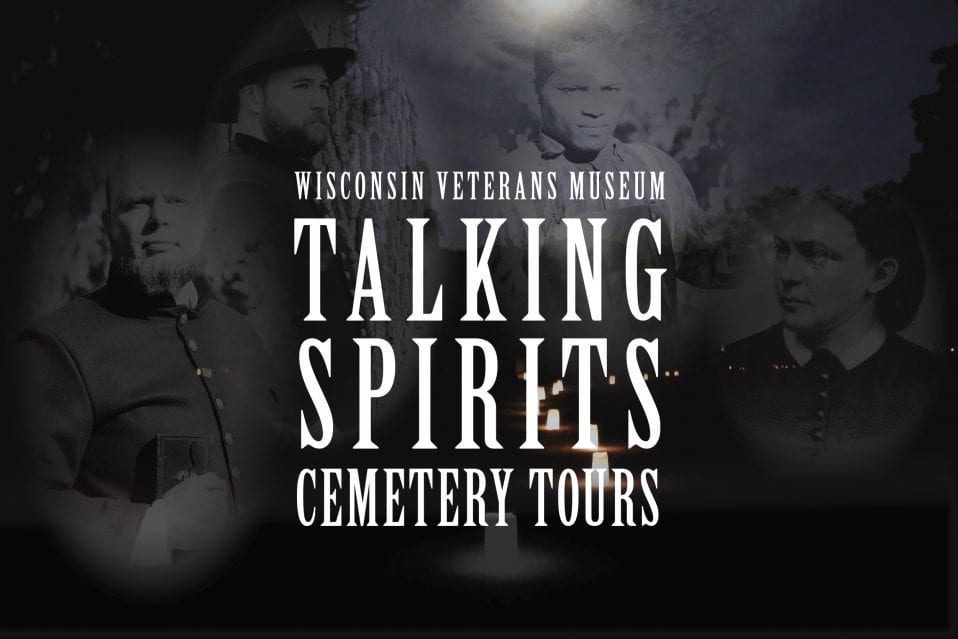 SEE YOU TONIGHT AT CANDLELIT TOURS

Saturday candlelit tours will be available at the following times:

Held each fall at the beautiful Forest Hill Cemetery in Madison, this award-winning living history program illuminates the lives of many prominent and lesser known-figures in Wisconsin history. Tours will focus on the contributions of Wisconsin’s soldiers and citizens during the Civil War . Local actors and actresses don period dress, giving viewers a first-person encounter through scripted vignettes. Tour guides lead informative discussions of the cemetery’s rich history during the 90-minute walking tour.

This year’s theme  Service Beyond the War will feature four vignettes which highlight the contributions made to Madison by some of its most prominent members during the community’s antebellum period.

Napoleon Bonaparte Van Slyke: Assistant Quarter Master General of Wisconsin during the Civil War, Napoleon Van Slyke went on to become an influential member of the community through his involvement in the Wisconsin Historical Society, the University of Wisconsin−Madison, and the Wisconsin State Bankers Association.

Benjamin Butts: As a runaway slave, Bennie Butts became attached to the 5th Wisconsin Battery during the Civil War and followed the unit back to Wisconsin after the war ended. He eventually moved to Madison, where he became a barber on Capitol Square to many Governors, as well as a messenger at the Wisconsin Historical Society and a prominent member of Madison. His son, Leo, was the first African-American to play football for the University of Wisconsin.

William F. Villas: One of Madison’s most revered citizens, William F. Vilas served as a regent of the University of Wisconsin−Madison from 1880 to 1885 and 1898 to 1905. He also served as a member of the Wisconsin State Assembly in 1885, until he was appointed the Postmaster General between 1885 and 1888, and as Secretary of the Interior from 1888 to 1889, both under President Grover Cleveland.

Cordelia Harvey: Wife of the late Governor Louis Harvey, she not only advocated for the care of Wisconsin Soldiers during the Civil War but also created a home in Madison to care for those orphaned by the ravages of the conflict.

This project is supported by Dane County Arts with additional funds from the Endres Mfg. Company Foundation, The Evjue Foundation, Inc., charitable arm of The Capital Times, the W. Jerome Frautschi Foundation, and the Pleasant T. Rowland Foundation.

Your ticket for the: TALKING SPIRITS CANDLELIT TOURS