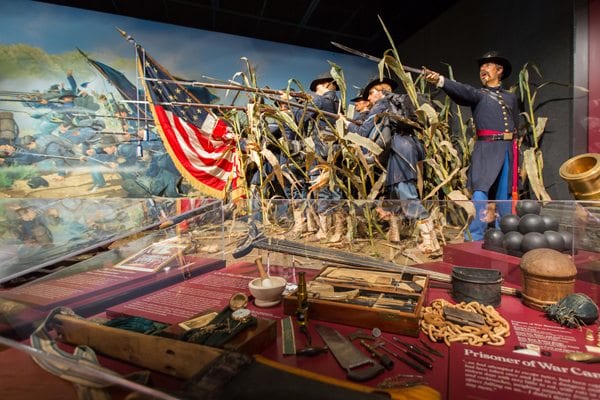 Examples of full-scale aircraft highlight the exhibits in the 20th century gallery, and include an assault helicopter that flew harrowing combat missions during the Vietnam War. Visitors may also view an exhibit featuring some of Wisconsin’s Medal of Honor recipients, recent events in the War on Terror and the State’s Capitol through a real Cold War submarine periscope. A changing gallery ensures that there is always something new at the Wisconsin Veterans Museum.

Your ticket for the: Civil War & 20th Century Gallery