Wisconsin Was There: Sharing the Legacies of Printmakers Who Served in the Military
March 16 - June 1, 2022

This temporary exhibit features artwork by more than 20 Wisconsin veterans interspersed throughout the galleries. Works range from the Civil War era-commissioned prints for Abraham Lincoln to contemporary work by post-9/11 veterans.

For the printmaker, especially those who served between the Civil War and World War II, their skillset in the visual arts was critical to military mission readiness. Trades such as engravers, lithographers, draftsman, and publishers were recruited for the war effort.

Artists see the world differently and used that vision to strengthen the Allied campaigns and change how war was fought, most notably in World War II. The invention of the “Target Identification Unit” by Milwaukee-born Gerald Geerlings, and a patented plane spotting technique by United States Navy cartographer, Richard Florsheim aided Allied bombers in completing their missions. Their contributions as civilian printmakers continued in classrooms and communities throughout the state and across the nation.

The Wisconsin Veterans Museum exhibit opens as part of the Southern Graphics Conference International (SGCI) hosted by the University of Wisconsin-Madison, March 16-19. The SGC International annual conference brings together over 1,000 printmakers and arts professionals in all stages of their careers. 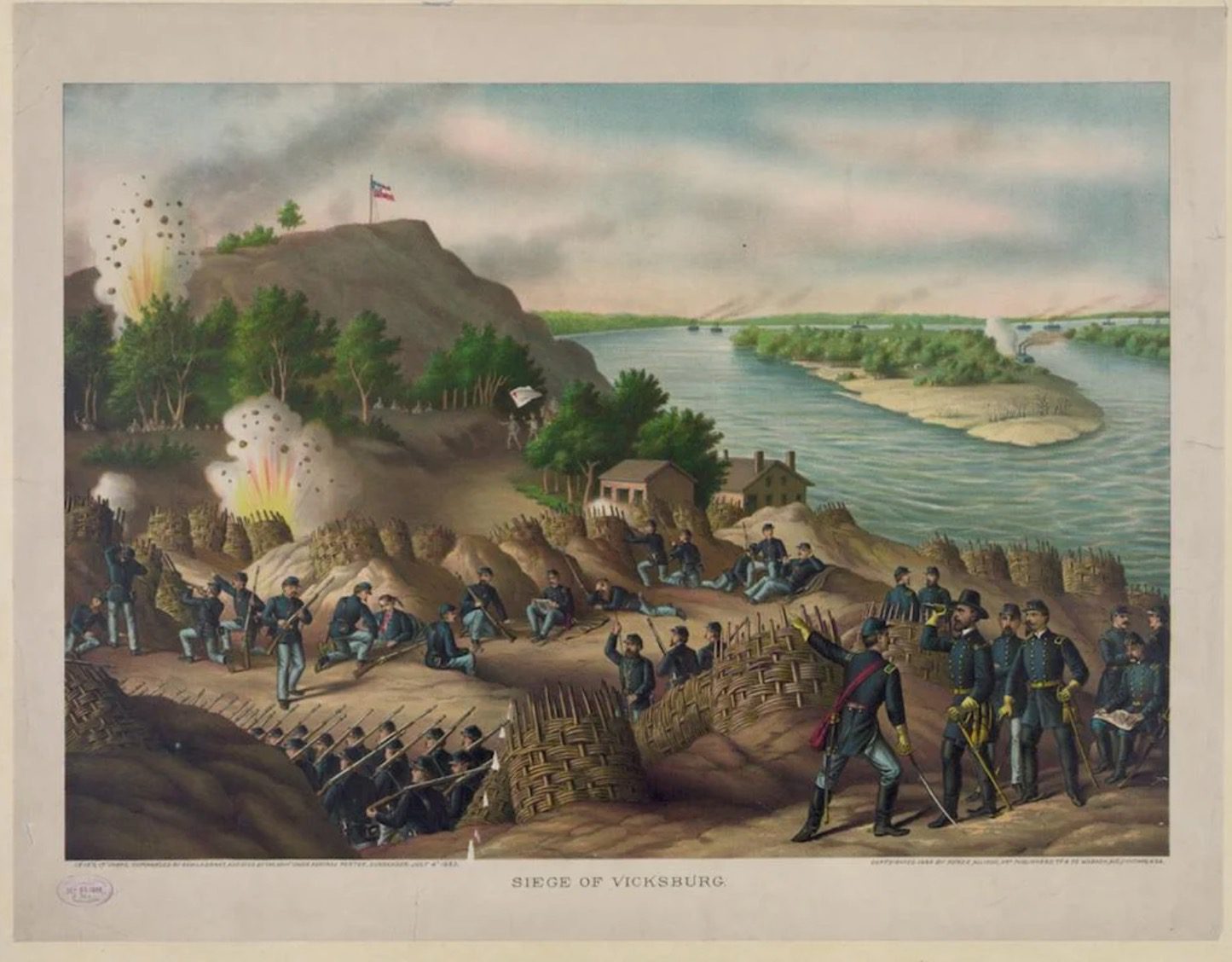 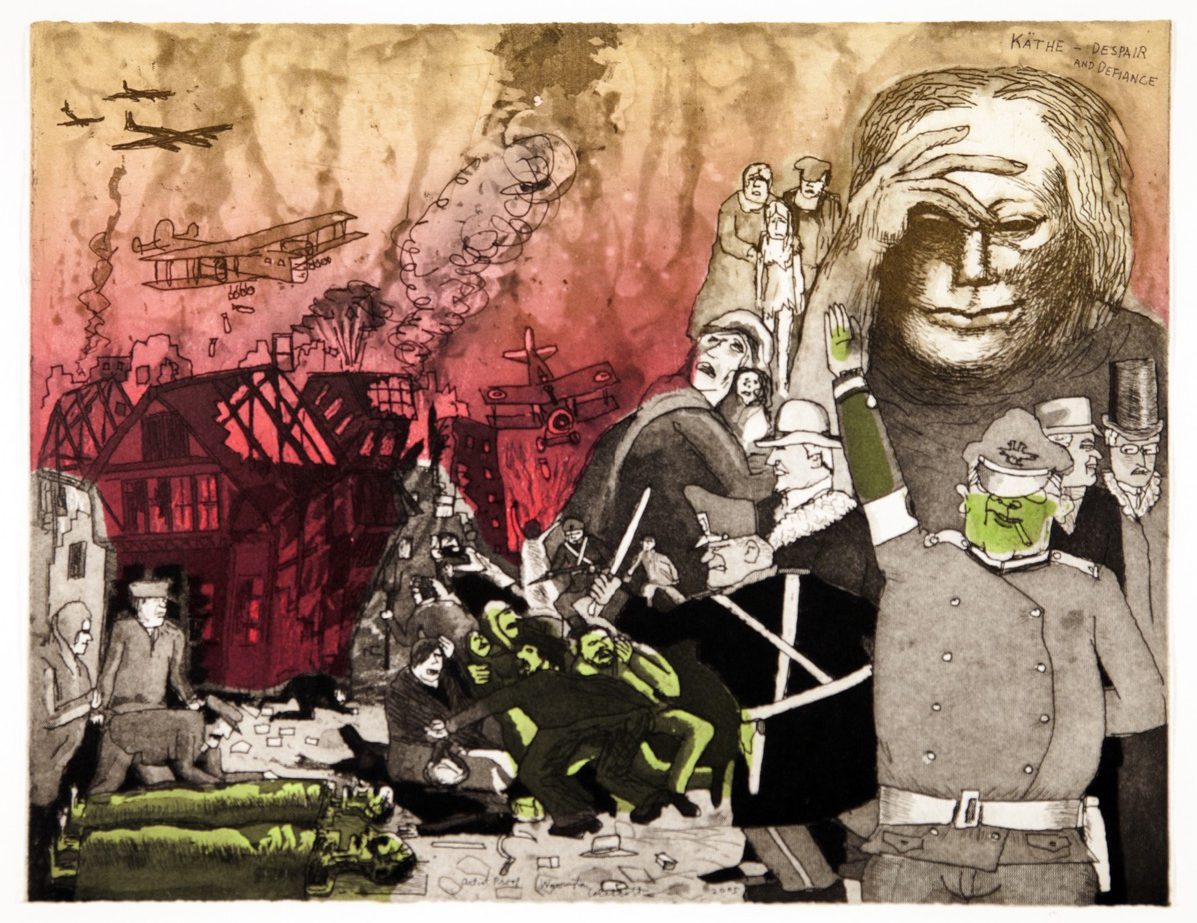 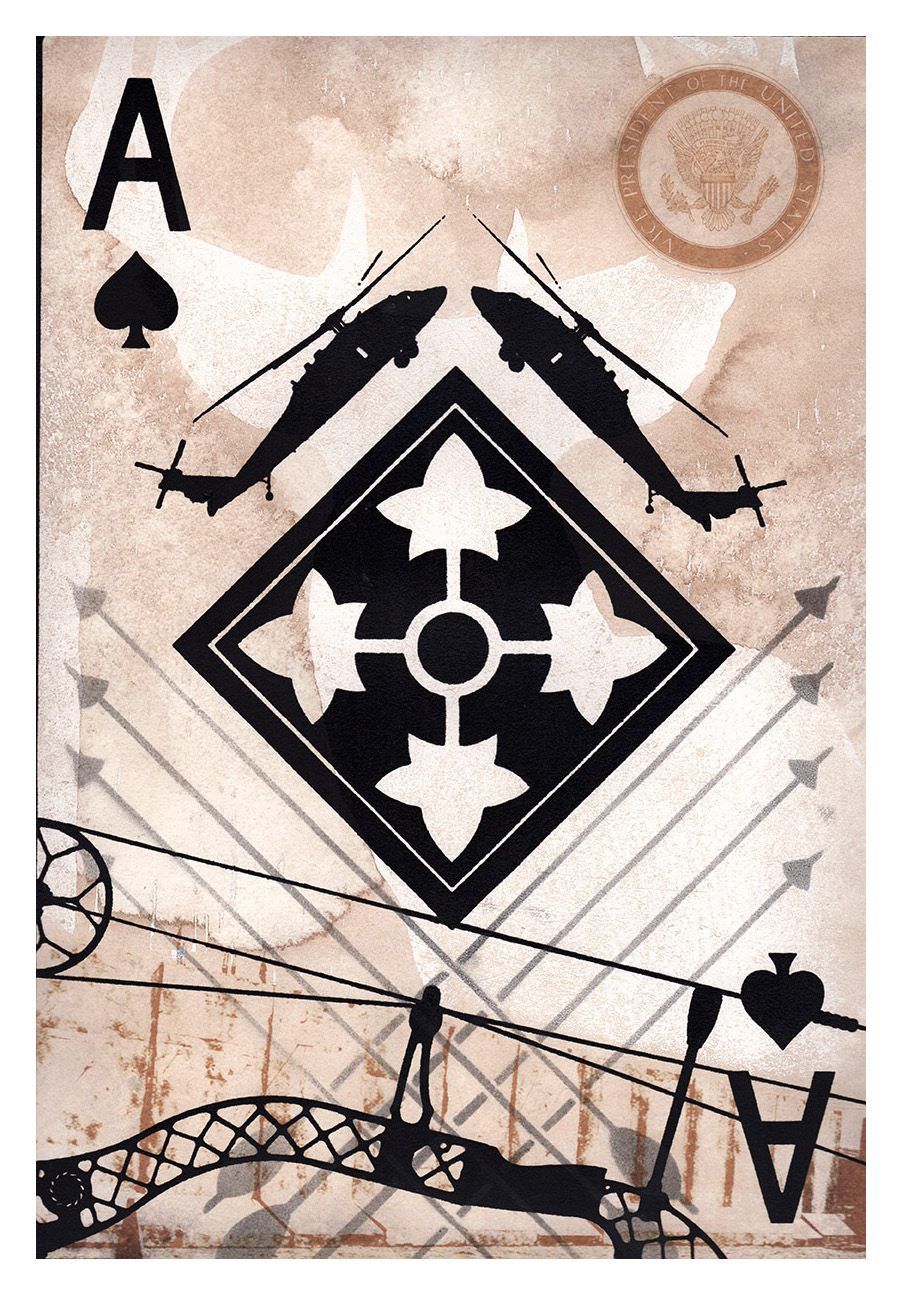 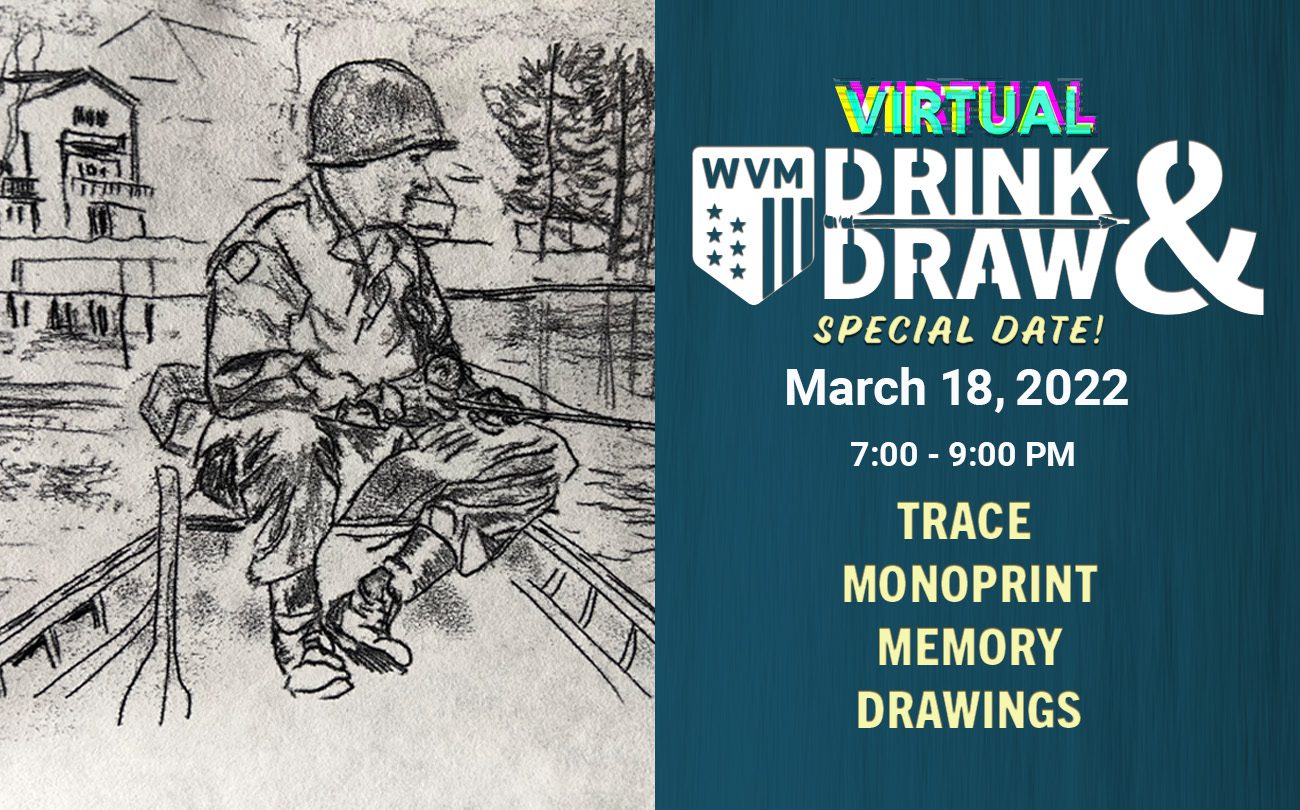 Drink and Draw from the Storefront
Friday, March 18 | 7-9pm
“Trace Monoprint Memory Drawings” Using images from the Wisconsin Veterans Museum (WVM) collection, WVM’s resident artist and U.S. Army veteran Yvette Pino will demonstrate how to make trace monoprint memory drawings. A trace mono-print drawing is made my rolling out a small amount of slo-drying ink (usually printmaking ink) onto a piece of plexiglass and placing a damp piece of paper over it to trace a line with a pencil or pen.
Live observers are welcome or participate at home through a live stream of the event. More information here. 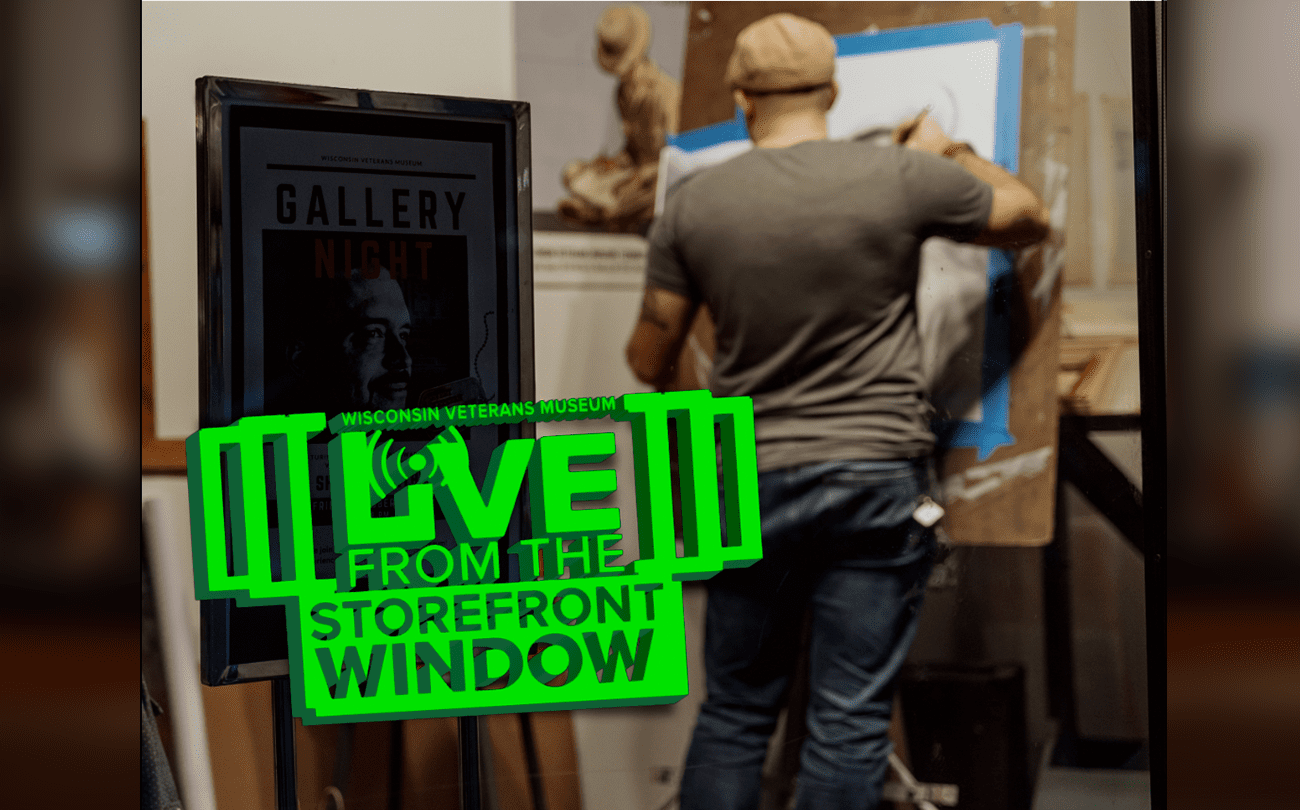 View veteran artists Shawn Ganther, Ash Kyrie, Yvette Pino as they demonstrate printing techniques from the museum front window.  Anchor Printing in Kenosha will bring a printing press on wheels and give a live demonstration. 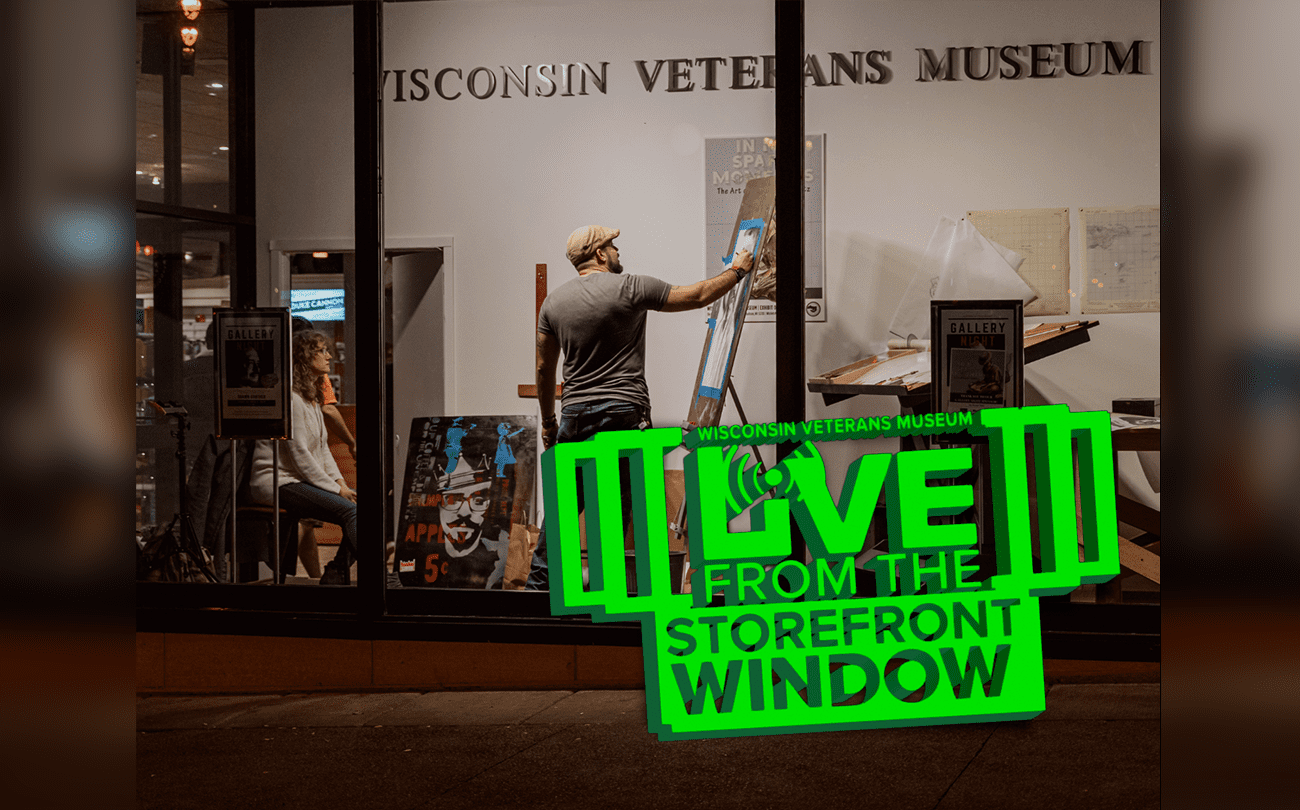 Live from the Storefront Window

Live from the Storefront Window
Friday May 6 | 5-9pm
Featuring the temporary exhibit, “Wisconsin Was There: Sharing the Legacies of Printmakers Who Served in the Military” and the evening’s program will be our Live from the Storefront Window Series. Guest artist will create and discuss their artwork from the museum’s storefront windows. Passers-by can observe and are welcomed into the museum to tour the galleries and chat with the artist. This program will also feature a virtual component that is live and recorded.

Your ticket for the: Veteran Print Exhibit