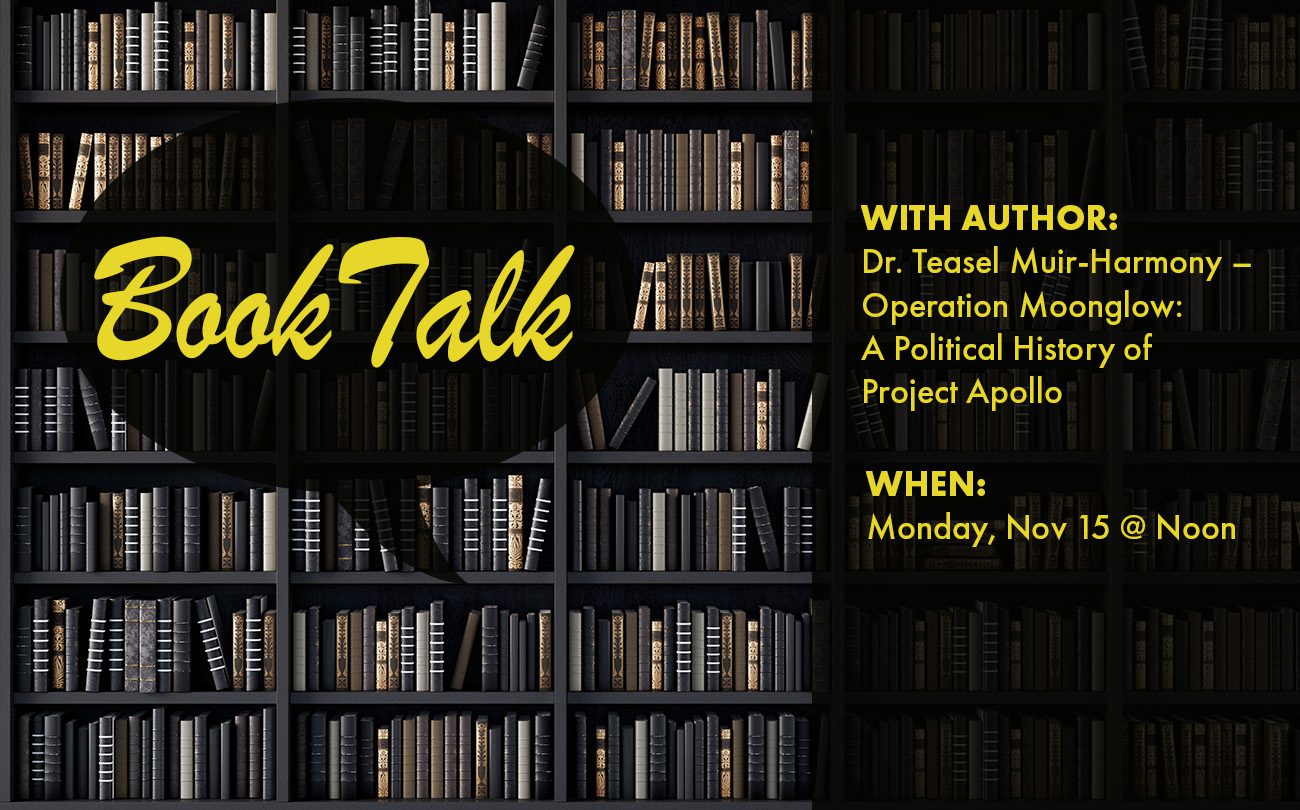 On July 20th, 1969, over half the world’s population witnessed Neil Armstrong’s first step on the Moon. While often remembered as a scientific and technological feat, the ambitions of the Apollo program aimed far beyond the Moon. Through spaceflight, America sought to win hearts and minds, foster alliances, and shape the political trajectories of newly independent nations. Drawing on a rich array of untapped archives and firsthand interviews, Operation Moonglow knits together a story of politics and propaganda; diplomacy and spaceflight; decolonization and globalization to reveal the political forces that not only sent humans to the Moon but also attracted the largest audience in history.

This event is suitable for all ages.

Program funding made possible by the Wisconsin Veterans Museum Foundation through the generous support of Generac Power Systems.

Your ticket for the: Book Talk with Dr. Teasel Muir-Harmony – Operation Moonglow: A Political History of Project Apollo