History of the Wisconsin Veterans Museum

This account was written by the late Dr. Richard H. Zeitlin, former director of the Wisconsin Veterans Museum. Dr. Zeitlin was a respected historian, author, and scholar. He led the museum and it's foundation for nearly 30 years, overseeing major changes that included our crucial move to 30 West Mifflin. Dr. Zeitlin passed away in 2008.

When state legislators passed Chapter 125 Laws in 1901 few would have guessed how important that enactment was. The law mandated that state officials establish a memorial dedicated to commemorating Wisconsin’s role in the Civil War and “any subsequent war.” The law obligated the state to provide space for purchasing display equipment to exhibit war relics and to acquire additional artifacts. The state’s collection of Civil War battle flags would also be displayed in the memorial facility, and an area was set aside for a meeting room for ex-Civil War soldiers who belonged to the Grand Army of the Republic (G.A.R.)—an important veterans organization. The space was designated the G.A.R. Memorial Hall.

Legislators assigned control of the G.A.R. Memorial Hall to the newly created Wisconsin Department of Veterans Affairs in 1945, directing the agency to “catalog, restore, conserve, preserve, safeguard, procure additions to the collections, and to display such collections as to make it instructive and attractive to visitors to the State Capitol.” The Wisconsin Department of Veterans Affairs opposed a 1955 attempt by certain legislators to absorb the G.A.R. Memorial Hall space and transfer its display function as well as its collections to the Wisconsin Historical Society. Two years later, a new enactment further cemented the Department of Veterans Affairs’ tenure on the Capitol space by prohibiting alterations in the status of established veteran’s memorials.

Exhibits at the G.A.R. Memorial Hall were significantly improved during the mid-1960s when Veterans Affairs Secretary John Moses, a World War II tank commander, received legislative approval to upgrade the museum displays. Moses hired a professional curator and a staff assistant in 1970 as the exhibit function of the G.A.R. Hall became the main activity of the memorial. Historical artifacts were systematically catalogued. The American Association of Museums accredited the G.A.R. Memorial Hall Museum. Attendance figures reflected the popularity of the museum as visitation averaged 80,000 per year for over a decade, the highest attendance of all Madison museums.

Yet the issue of space needs within the Capitol remained an unsettling point, and one which ultimately prevented the museum from working on improving its physical presence by modernizing. A well-developed modernization plan was rejected by the Legislature in 1979. Another attempt to have the G.A.R. Museum move out of the Capitol to an unspecified location began.

When John Maurer became Secretary of the Wisconsin Department of Veterans Affairs in 1985, an agreement was quickly reached with legislative leaders and the Governor whereby the G.A.R. Museum would ask to leave the Capitol in order to acquire sufficient development space to exhibit the contributions made by Wisconsin veterans in the twentieth century as well as in the nineteenth. The museum would, thus, cease to be primarily focused on the Civil War and would become an inclusive facility memorializing events of other eras. The new space would be adjacent to the Capitol and the development would allow for state-of-the-art exhibits.

Governor Tommy Thompson approved the acquisition of space adjacent to the Capitol in late 1989 and construction began in July 1990, after state legislative review and approval by the city of Madison. The building shell was completed in December. Work began on the museum interior and exhibit fixtures in 1991. Some 20,000 square feet of space was available for the displays, gift store, artifact storage, museum offices, and mechanicals. Ten thousand square feet were set aside for exhibits, ranging from the Civil War to the Persian Gulf. The state’s best known exhibit design team was contracted to produce the displays. A committee of historical experts offered advice as displays took shape.

Raymond Boland became the Secretary of the Wisconsin Department of Veterans Affairs in early 1992. Colonel Boland, a Vietnam veteran, infused the project with energy and strongly promoted the museum among the veteran’s community. The intensity of development work during Secretary Boland’s first year in office was remarkable for its level of concentration on the successful outcome of the project. The establishment of a June 6, 1993 Grand Opening date forced progress and encouraged an on-time completion. The Grand Opening event drew 7,716 spectators, after a tremendous publicity campaign which involved the Governor’s office as well as legislative leaders, the department Secretary and his office, an outpouring of support from veterans groups, the attention of a diverse group of media personalities, and Jesse Brown-Secretary of the Federal Veterans Administration.

Since opening, the Wisconsin Veterans Museum has averaged more than 90,000 visitors per year. Over 3,000 objects are on display in a very modern exhibit environment. Continued growth in visitors is anticipated, particularly as an outreach effort is underway to advertise the facility. The unique characteristics of the old museum-its legislatively established mission to recognize the role of Wisconsin citizen-soldiers in the Civil War and “any subsequent war,” its fortuitous administrative position as part of a dynamic state agency, its programmatic link to some of the important events of history, its impressive and long established collection of historical materials, the emotional association with Wisconsin’s tradition of service to the nation, and the high regard accorded to veterans by a grateful citizenry continue to be embodied in this living memorial. 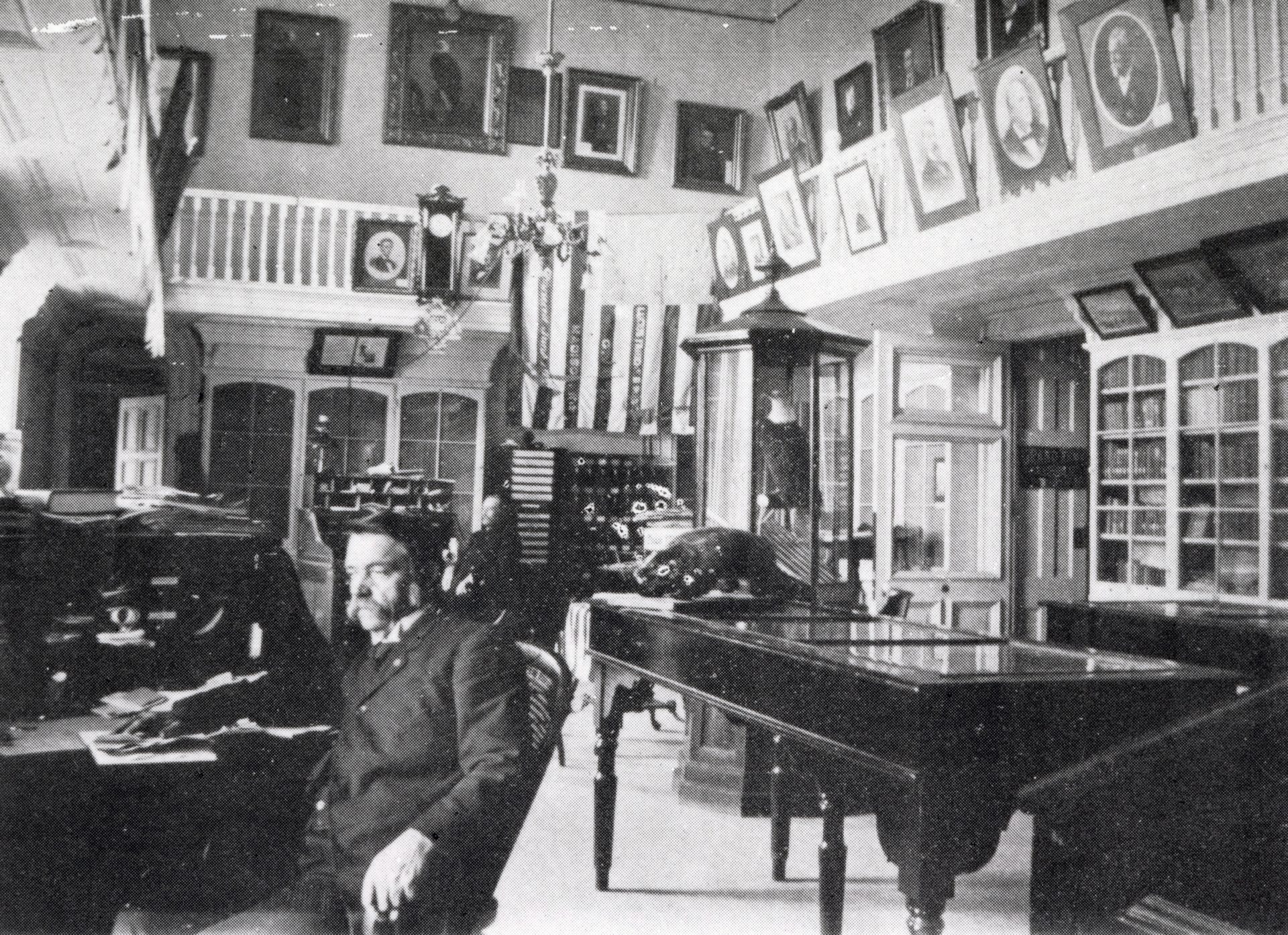 Your ticket for: History of the Wisconsin Veterans Museum

History of the Wisconsin Veterans Museum