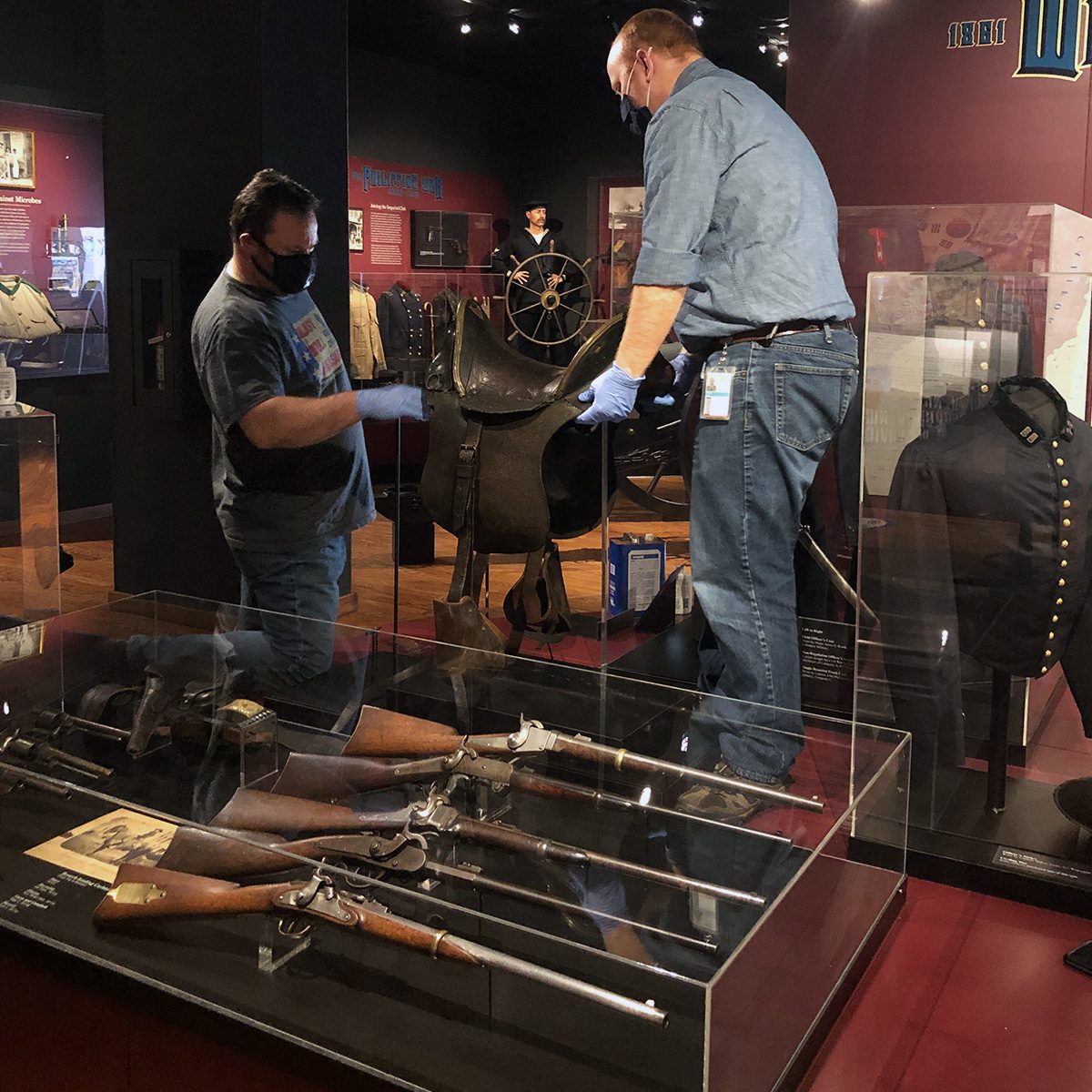 Gifts from donors like you provided funds to restore the saddle of Colonel Henry Harnden of the 1st Wisconsin Cavalry, Company D. Pictured at left are staff reinstalling the saddle after its return from a conservator for cleaning and repair. This artifact is significant in the story of the U.S. Civil War as Colonel Henry Harnden led elements of the 1st  Wisconsin Cavalry that captured Jefferson Davis on the morning of May 10, 1865. 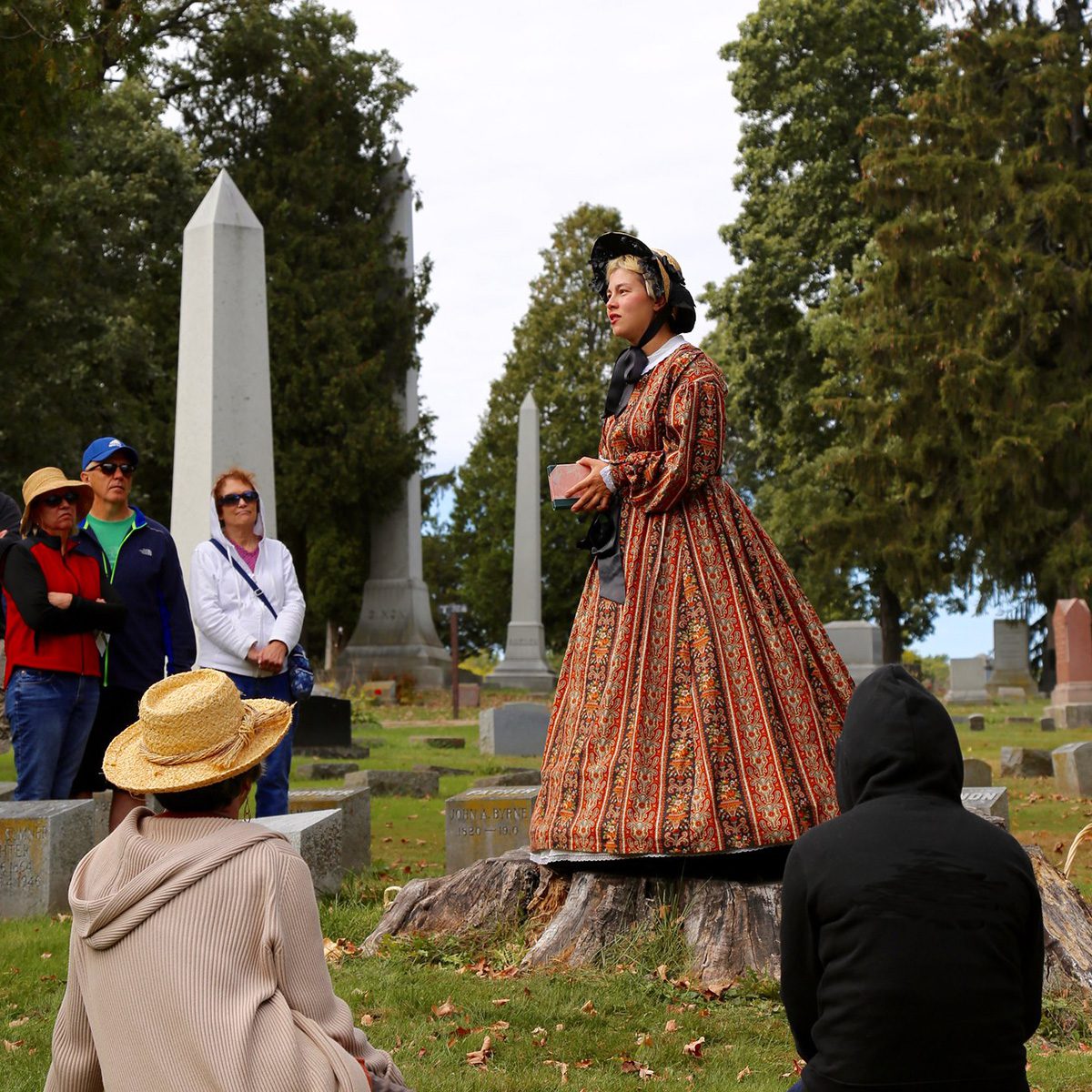 Please consider sponsoring these events so we can continue to preserve our veterans' stories. Call us today (608)261-0536.

During a week in October, since 1998, the Wisconsin Veterans Museum has presented Talking Spirits Cemetery Tours at historic Forest Hill Cemetery in Madison. Actors dressed in period costumes portray featured people interred there. The tours are popular with school groups, adults, and families. Gifts from generous donors like you give the museum staff this opportunity to share the stories of our veterans and community members outside the museum. 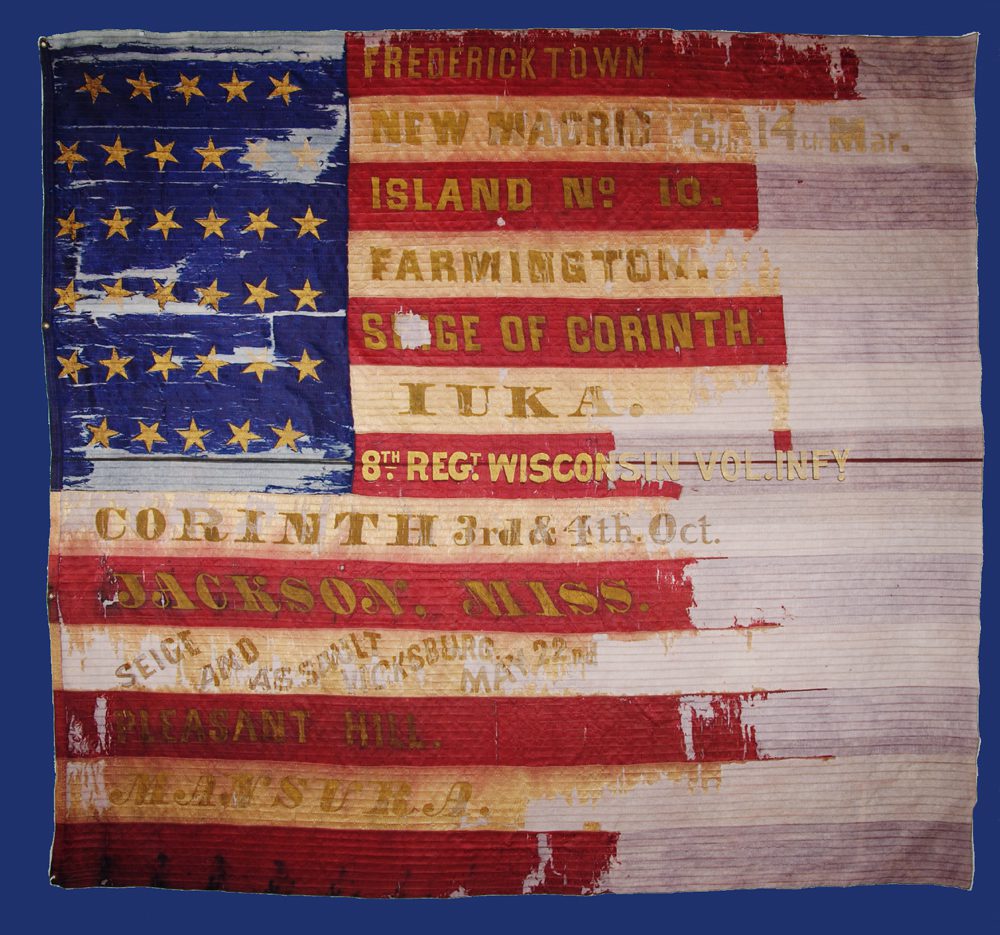 The regimental battle flags in the collection of the Wisconsin Veterans Museum came to the G.A.R. Memorial Hall in the state capitol during the years following the U.S. Civil War. Wrapped on their staffs when retired from service, except for unit reunions during the 19th century and for cataloging in the 1960s, the unconserved flags have not been viewed since that time. The ultimate goal of conservation is to preserve these flags for future generations, give greater access to scholars and allow the public the chance to view and appreciate them.

Flags typically are not unfurled until they are delivered to a textile conservator, who is an expert in stabilization and preservation of historic and fragile fabrics. While some flags are in relatively good condition when unfurled, others are literally in fragments. Flag condition often relates to their usage during the war, so some of the most historically significant examples show the greatest damage.

The Wisconsin Veterans Museum undertook the conservation of the Wisconsin Civil War battle flags in the 1990s and the project continues to this time. To date, approximately 126 flags out of 200 have been conserved. There is no predetermined list for conservation, although flags of greater historical interest or flags in the poorest condition often receive priority consideration.

In the early days of the project, conservation cost between $1000 and $5000 per flag. The most recent estimate for a single flag is $10,000-$16,000 (although this specimen is in extremely poor condition). Increasing costs are due to the sophistication of the techniques and materials in use, as well as the extent of deterioration for any particular flag. Although a budget for conservation is provided annually, the procedures are time consuming and usually only one or two flags can be conserved a year.

The public plays a significant role in saving these flags, with donations made by descendants of soldiers, interested individuals, Civil War re-enactors, and civic groups.  It truly is a race against time to save these flags before they are lost to history.

If you want to have a part in preserving these flags and the legacy of these veterans, please call us to learn how you can support this project, (608)261-0536. 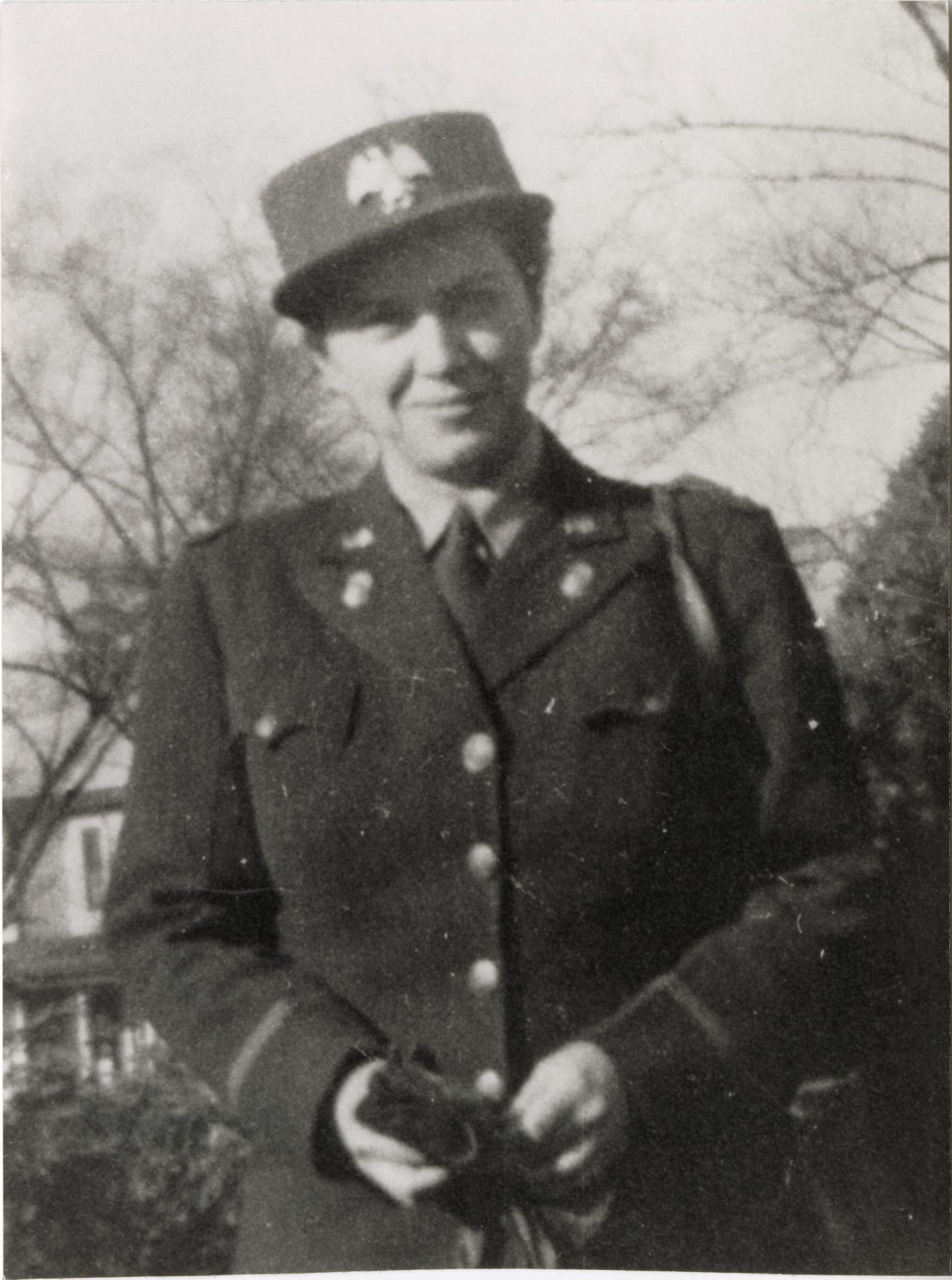 Honor a veteran by making a gift today in his/her memory or in honor of your special friend/relative. This gift will help support the Wisconsin Veterans Museum's extraordinary educational programs and award-winning exhibits. This is an excellent way for you to recognize their service and sacrifices they made to our country.

Gifts in honor or in memory of your special friend/relative will receive special recognition in the Wisconsin Veterans Museum’s quarterly publication, The Bugle.  Call us if you would like additional information (608)261-0536.

Your ticket for: What You Can Support