Nearly 160 years ago, the Emancipation Proclamation ended slavery in the Civil War South. Did you ever wonder how that event affected Wisconsin? Join the Wisconsin Veterans Museum for their annual Talking Spirits XXIV: Forest Hill Cemetery Tours to see, hear, and experience how this document changed the lives of future Madisonians and Wisconsinites. These 90-minute tours will take place during the week of October 3-9, 2022 at Forest Hill Cemetery. Candlelit tours will be held on October 8th and daytime tours will be held on October 9th. Rain date is the following week for public tours. Visit our Facebook page for weather updates. 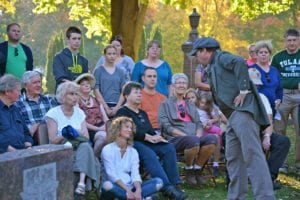 Told from the perspective of his commanding officer - Born in the institution of slavery in Virginia, Brooks  gained his freedom when the Union Army came through his area of the south and he immediately joined them. He served in the 29th US Colored Infantry until the end of the war in 1865. He was one of the first Black men to receive a government pension for his service.

Born John Hemings in 1835, he was the grandson of President Thomas Jefferson and one of his enslaved servants, Sarah ‘Sally’ Hemings. John Jefferson grew up in a free Black community in Ohio and took the surname ‘Jefferson’ upon moving to Madison in order to identify as White. As a  White citizen, he was able to serve as a colonel in the 8th Wisconsin Volunteer Infantry during the Civil War and went to great lengths to hide his ancestry.

Notley, who had previously been enslaved and gained his freedom, served in the Civil War and was one of the first Black landowners in Madison. He often took in newcomers on his farm, especially formerly enslaved people and Black soldiers who fought in the war.

The story continues with the next generation as we look at the lives of Mr. and Mrs. William Miller. The Millers were active in the improvement of conditions for Black people in Madison. William helped organize the St. Paul’s African Methodist Episcopal Church and was an aide to Senator LaFollette for 19 years. Anna Mae was the founding member and long-time treasurer of the Madison chapter of the NAACP. Their home, built in 1853, was moved to E. Dayton Street in 1908 and is still a Madison landmark. 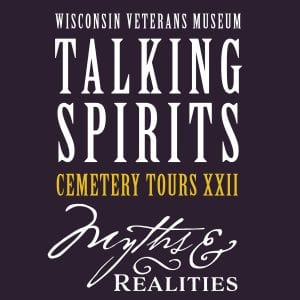 In the interest of the health and safety of our community in 2020 the Wisconsin Veterans Museum reimagined it's annual cemetery tours event from in-person tours to virtual tours. We continue to offer access to the 2020 Talking Spirits Virtual Cemetery Tour today with the addition of the 2021 vignettes. The Wisconsin Veterans Museum is pleased to be in the serene and somber landscape of Madison's Forest Hill Cemetery to share with you the rich history of Wisconsin and its veterans. On this virtual tour we are excited to take you to places in the cemetery and show you interesting photos and objects we would not be able to if we were in person.

Please note: this tour is best viewed on a desktop, laptop, or tablet. The time needed to view the entire tour is approximately one hour.

Scroll down to begin. 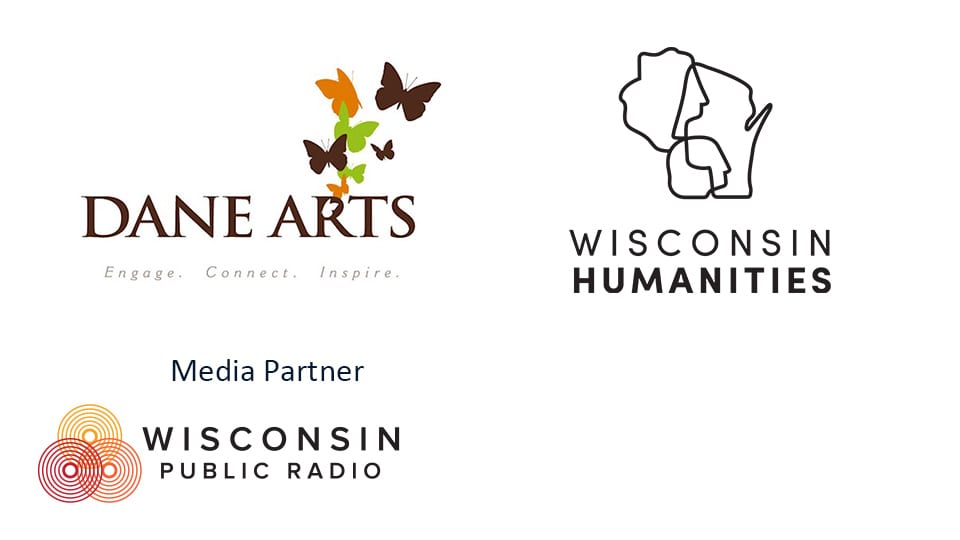 Thank you to our generous sponsors:
This project is supported by Dane County Arts with additional funds from the Endres Mfg. Company Foundation, The Evjue Foundation, Inc., charitable arm of The Capital Times, the W. Jerome Frautschi Foundation, and the Pleasant T. Rowland Foundation. This project is also funded in part by a grant from the Wisconsin Humanities Council, with funds from the National Endowment for Humanities and the State of Wisconsin. Any views, findings, conclusions, or recommendations expressed in this project do not necessarily represent those of the National Endowment for the Humanities. The Wisconsin Humanities Council supports and creates programs that use history, culture, and discussion to strengthen community life for everyone in Wisconsin.
This production is costumed in part with the assistance of Children's Theater of Madison and the Madison Arts Production Center.

If you would like to support this project, please visit the Wisconsin Veterans Museum Foundation for ideas on how to help.

Your ticket for the: Madison Cemetery Tours