Origin of the Wisconsin Veterans Museum

The roots of the Wisconsin Veterans Museum are deeply intertwined with the desire of Wisconsin Civil War veterans to preserve the legacy of their accomplishments and the memory of their comrades. After the U.S. Civil War, the memory of those who made the ultimate sacrifice lived on in the minds of the survivors of that terrible event. They represented all walks of life and came from every corner of the state.

In 1901 the state of Wisconsin made it a priority to preserve its military history by passing Chapter 125. The law mandated that state officials establish a memorial hall dedicated to commemorating Wisconsin’s role in the Civil War and “any subsequent war.” The state’s collection of cherished Civil War battle flags would also be displayed in the memorial facility, and an area was set aside for a meeting room for Civil War veterans who belonged to the Grand Army of the Republic, the “G.A.R..” The space was designated the G.A.R. Memorial Hall.

Legislators assigned control of the G.A.R. Memorial Hall to the newly created Wisconsin Department of Veterans Affairs in 1945, directing the agency to “catalog, restore, conserve, preserve, safeguard, procure additions to the collections, and to display such collections as to make it instructive and attractive to visitors to the State Capitol.”

In 1989, Governor Tommy Thompson approved the acquisition of space adjacent to the capitol and construction began in July 1990. By 1991, twelve-thousand square feet were set aside for exhibits, ranging from the U. S. Civil War to the Persian Gulf.

The museum collections contain Wisconsin’s most important military cultural objects, including more than 2,000 Civil War artifacts. Among these artifacts are 200 battle flags issued to Wisconsin’s fighting units. The flags are the core of the museum’s collection and represent stories of courage and honor from every major Civil War battle. Among the collection are the flags of Wisconsin’s Iron Brigade regiments and the flag of the 24th Wisconsin that was carried to the top of Missionary Ridge by Medal of Honor recipient Arthur MacArthur. Personal artifacts include Colonel Lucius Fairchild’s uniform vest, stained by the blood of the wound he received at Gettysburg, and the only extant Iron Brigade black hat known to be worn during that pivotal battle.

The archives, manuscripts and photographic collections display more than 1,700 Civil War photographs and more than 1,200 letters and diaries. The museum archives also house more than 5,000 books and periodicals related to military and veterans’ history, as well as over 2,800 oral history interviews.

Every Veteran Is a Story

Today, the Wisconsin Veterans Museum continues to serve as an education component of the Wisconsin Department of Veterans Affairs. Our mission is to acknowledge, commemorate, and affirm the role of Wisconsin veterans in the United States of America's military past and present.

Every day, our staff works to continue the charge of the Wisconsin Civil War veterans, whose prescient quest was to show that “Every Veteran is a Story.” The museum continues to embody the words of its first guardian, Hosea Rood, when he spoke in 1910:  "The last lingering desire of these old veterans, so far as their country is concerned, is that they may leave it enshrined in the hearts of the young men and women who are so being educated as to become leaders of thought and purpose in their day and generation; and that they shall transmit an intelligent love of country to those of generations yet to come." 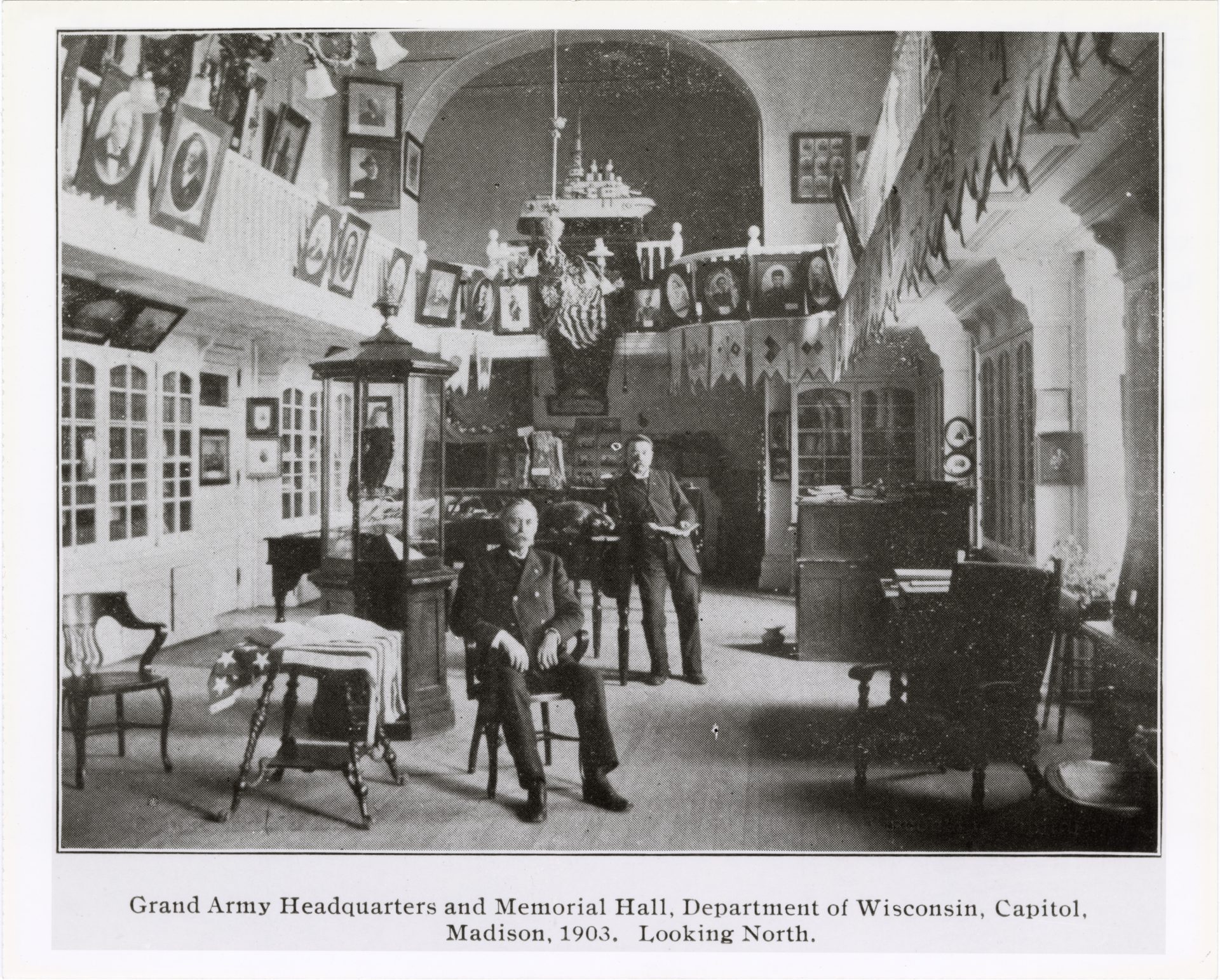 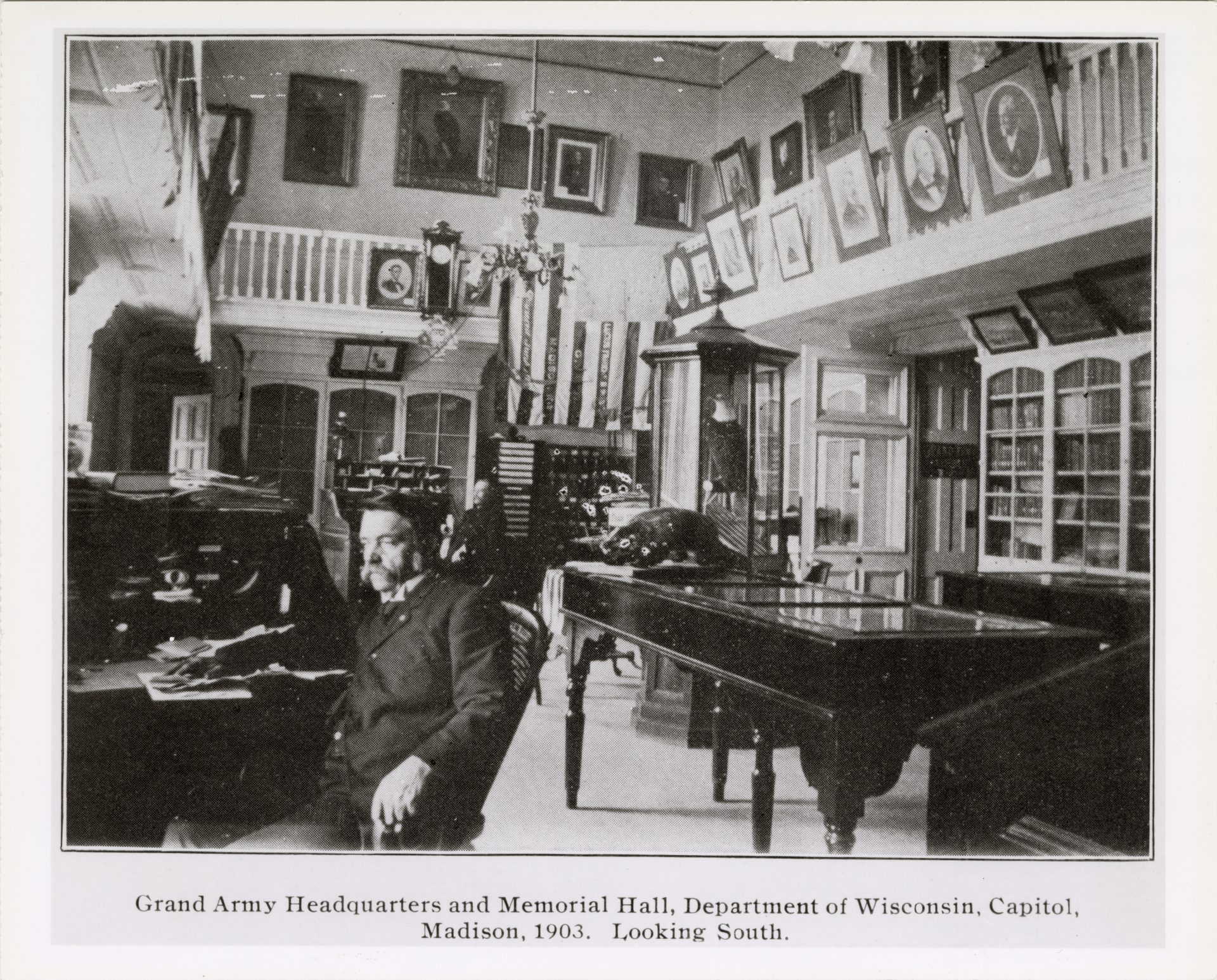 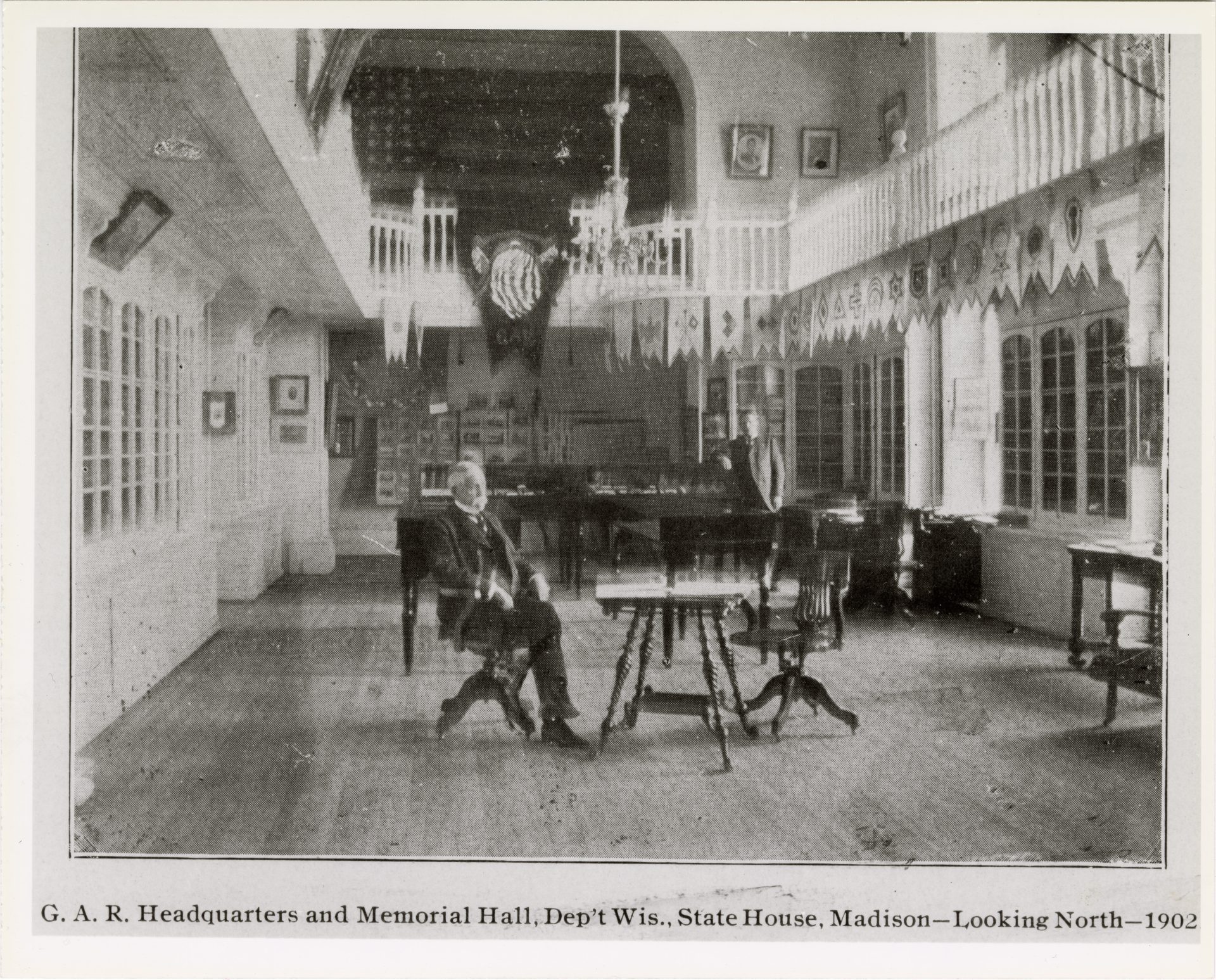 Read a detailed account by the first museum director, Richard Zeitlin, on our blog.