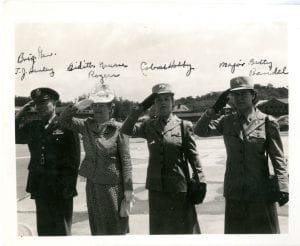 This May 1943 photo from Theresa Dischler’s collection was taken during a review at Bolling Field, Washington D.C. marking the one year anniversary of the creation of the WAAC. The inspecting group includes WAAC creator Representative Edith Nourse Rogers and first WAAC director Colonel Oveta Culp Hobby in the center, in addition to Brigadier General T. J. Hanley and Major Betty Bandel, Deputy Director of the WAAC. WVM.0155.I008

Prior to World War II, the only generally accepted role for a woman in the United States military was as a nurse, a position relegated to civilian status with few benefits. With the exception of a select group of women serving in the navy, marines and coast guard during World War I who were recognized as part of the regular armed forces, full military status for women remained elusive. While women gained relative ranks and some retirement benefits during the interwar years, it was not until the US was on the cusp of entering World War II that the idea for creating a military-affiliated organization for women—a more egalitarian version that more closely mirrored that of the British Army—was first introduced in 1941 by Massachusetts Congresswoman Edith Nourse Roger.

Rejected initially by Congress, Rogers introduced the same bill a year later, but her efforts continued to be met with disapproval. Despite feelings of contempt over allowing women to join the regular army, leaders soon realized a shortage of manpower would hinder wartime operations. In May of 1942, President Roosevelt signed H.R. 6293 allowing the creation of the Women’s Army Auxiliary Corps (WAAC). The act was notably absent the benefits of full military status, with WAACs being paid less than their male counterparts, given auxiliary ranks that granted no authority, and serving with no disability, retirement, and death benefits.

That July, the navy achieved different results with the creation of the WAVES (Women Accepted for Volunteer Emergency Service), the women’s branch of the US Naval Reserve. Women who served as WAVES were given the same status of male naval reservists, which included equal pay and benefits, although they were restricted to in-state service with noncombat duties and no retirement or disability benefits. Similar women’s reserve programs for the US Coast Guard known as the SPARs (an acronym derived from Latin motto “Semper Paratus” and its English translation “Always Ready”) and the U.S. Marine Corps Women’s Reserve came shortly after. In July 1943, legislation was signed that dropped the “Auxiliary” from the Women’s Army Auxiliary Corps, allowing WACs to have the same privileges as their male counterparts in the US Army. At the same time, women also continued to fill critical positions in the Army Nurse Corps and Navy Nurse Corps.

While such programs gave women active participation in the war effort, not all branches were equally open to all women during this period. Segregation in military life was not dissimilar to civilian life at the time. While the US Navy allowed those of Japanese, Native American and Latinx descent to enlist, it was not until late in 1944 when the US Navy relented to pressure from WAVES director Mildred McAfee and activist Mary McLeod Bethune to allow African American women to join. Late acceptance resulted in African American women making up less than a fraction of one percent of the WAVES, and only five black women ever becoming SPARs.

Conversely, African-American women were actively recruited to join the WAAC/WAC, yet not all billets accepted women of all races. For those that were accepted, they were trained for the same positions in nonsegregated training school but found little opportunity on the other side. Acceptance of women in a previously-male only world was already a struggle, and even more so for women of color. But exceptions existed, including the 404th Armed Forces Service Band, which remains to this day the only all-black female military band in US history, and the 6888th Central Postal Directory Battalion, the only all-black female unit to serve overseas during World War II. In 2014, the Wisconsin Veterans Museum interviewed Milwaukee, Wisconsin resident Anna Mae Robertson, who served in the 6888th as a mail sorter and hospital aide from 1943-1946. Her interview became part of the I Am Not Invisible project and can be found here: https://wisvetsmuseum.com/oral-histories/featured-interviews/i-am-not-invisible/anna-mae-robertson/

Both gender and racial discrimination continued in the immediate aftermath of World War II, but the need for change was recognized. 1948 saw Congress pass the Women’s Armed Forces Integration Act, giving women the right to serve as permanent, regular members of the US armed forces, as well as the signing of Executive Order 9981 by President Harry S. Truman, which stated “It is hereby declared to be the policy of the President that there shall be equality of treatment and opportunity for all persons in the armed services without regard to race, color, religion or national origin.” As societal attitudes shifted, women of all races would find increased opportunity in the US military in the years to come. 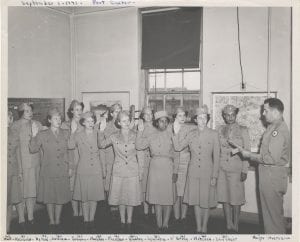 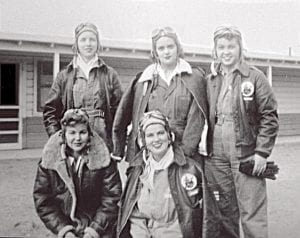 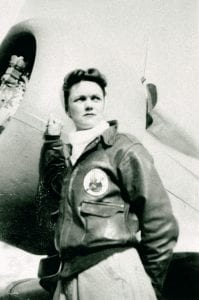 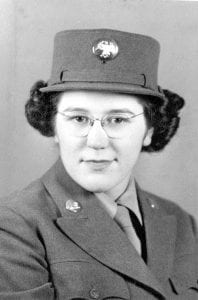 Plain, Wisconsin native Theresa Dischler (later Brown) enlisted early on in the WAAC and served as a photo technician and supply sergeant from 1942-1943.
+ 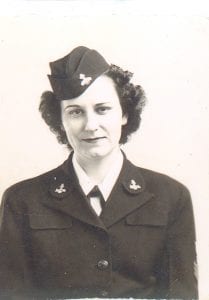 Jane I. Chapman (later Armstrong) of Madison, Wisconsin enlisted in the WAVES in 1943, and served as a Yeoman First Class during World War II.
+ 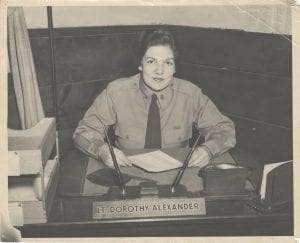 Your ticket for: Women’s Unequaled Service