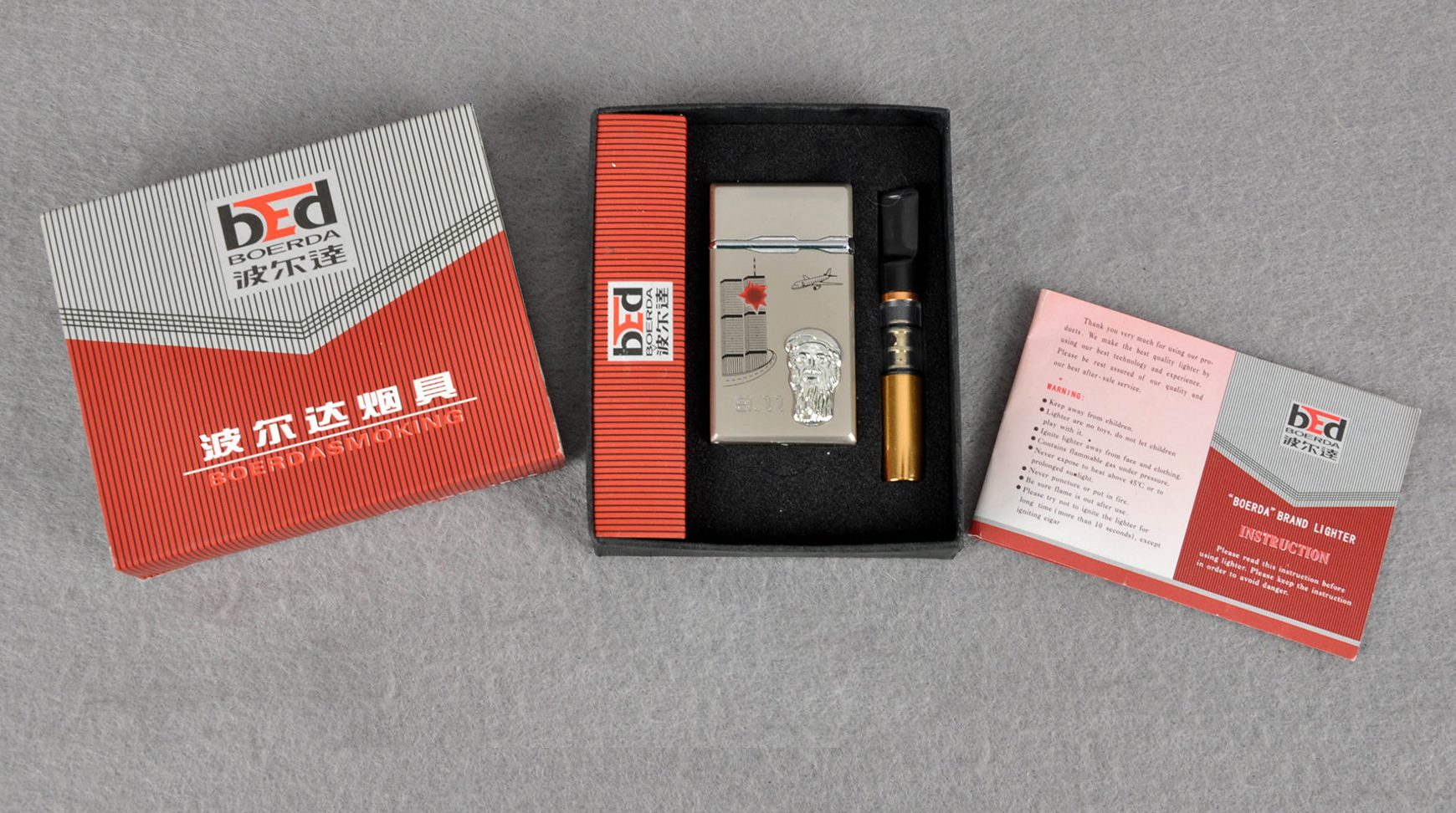 “There was one, one day, that came up and he was selling us lighters, and I believe I had given this to [the museum]. They were selling lighters, I don’t know, he probably didn’t even look at the product he was bringing to us, but just thought, ‘oh American, buy, money, I’ll trade, I’m a merchant.'

He came up to us and the lighters had the Twin Towers on them and a plane going into it, and a picture of Osama’s face in the corner. And when you flick it open the lighted part where it’s supposed to be an explosion for the towers, lights up. And it’s like to commemorate what Osama did.

So, my squad leader stopped him and said, ‘do you realize what you are selling here?’

And through the translator, and the guy’s like, ‘sell, uh, lighters.’

[The squad leader says,] ‘yes, I do realize what that means! You have to leave and don’t you ever come back here and try to sell this to us!’

And he left, but it’s interesting. I mean he wasn’t aware of what it meant. But he thought for some reason we would want it.”

Your ticket for the: Souvenirs Prohaska Quote