Mess Night at the Museum 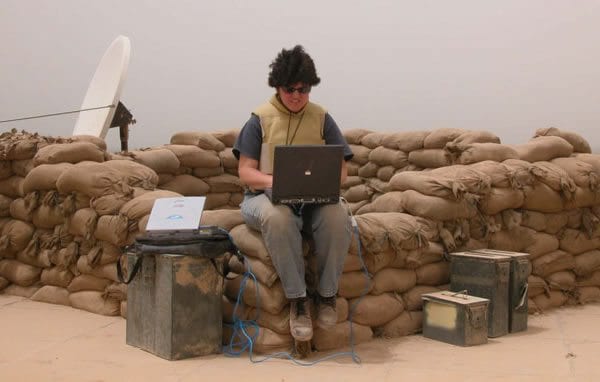 During World War II, three Milwaukeeans had front row seats to the fighting as influential war correspondents. Photographer Dickey Chapelle put her life on the line covering Marines on Iwo Jima and Okinawa before losing her life during the Vietnam War. Radio journalist H.V. Kaltenborn interviewed Hitler, covered the Czech Crisis of 1938 and announced the attack on Pearl Harbor to millions of stunned Americans. Associated Press Berlin Bureau Chief Louis Lochner had the distinction of being embedded with both the German army (before America entered the war) and the U.S. army in Europe.

Join Milwaukee author, journalist, and Iraq & Afghanistan war correspondent Meg Jones as she shares stories and photographs of these correspondents. Jones will compare and contrast the difficulties of getting your stories out of war-torn countries back to readers during WWII and present time, report on the unique vantage points, and the fascinating lives of these three combat correspondents.

Jones is a reporter for the Milwaukee Journal Sentinel who specializes in military and veterans issues. She has traveled to Iraq four times and three times to Afghanistan as an embedded reporter with Wisconsin National Guard and reserves troops since 2003. Meg was a Pulitzer Prize finalist in 2003 for stories about chronic wasting disease discovered in Wisconsin’s whitetail deer herd. She earned a B.A. in journalism and history from the University of Wisconsin and has taught at Marquette University.

Register for Event: Mess Night at the Museum

Your ticket for the: Mess Night at the Museum

Mess Night at the Museum