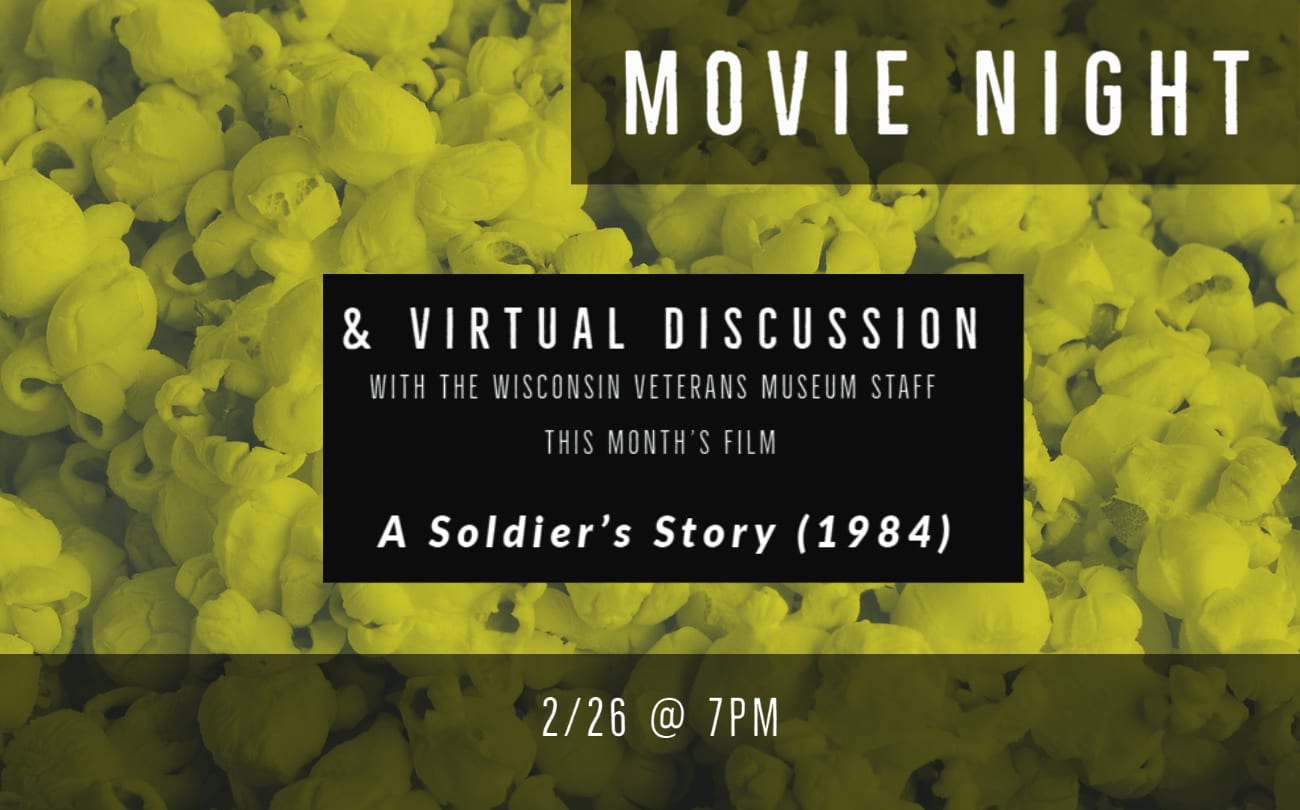 Grab some popcorn and a seat in your favorite chair, and join us for a Movie Night and Virtual Discussion with the Wisconsin Veterans Museum Staff. While we can’t all be together, we can share discussion on major motion pictures that deal with the hardships, humor, and horrors of combat. In honor of African-American History month, we’ll take a look at the hard-hitting, World War II drama A Soldier’s Story, starring Howard E. Rollins Jr., Adolph Caesar, David Alan Grier, Robert Townsend, and Denzel Washington. Set in Louisiana during World War II, this film tells the story of a murdered Black Master Sergeant and the tough Army Captain sent to investigate the crime. Dealing with issues of race, prejudice, and segregation, this gripping drama is a must see for movie and history fans alike. Your mission is to watch the movie, which is available from most libraries or on streaming services, while thinking about the discussion questions we will provide you. On February 26th, at 7:00 pm we’ll all meet via Zoom for a discussion led by museum staff. We will cover themes such as conflict, politics, pop culture, the military, and movie-making.

Your ticket for: Movie Night and Virtual Discussion – A Soldier’s Story