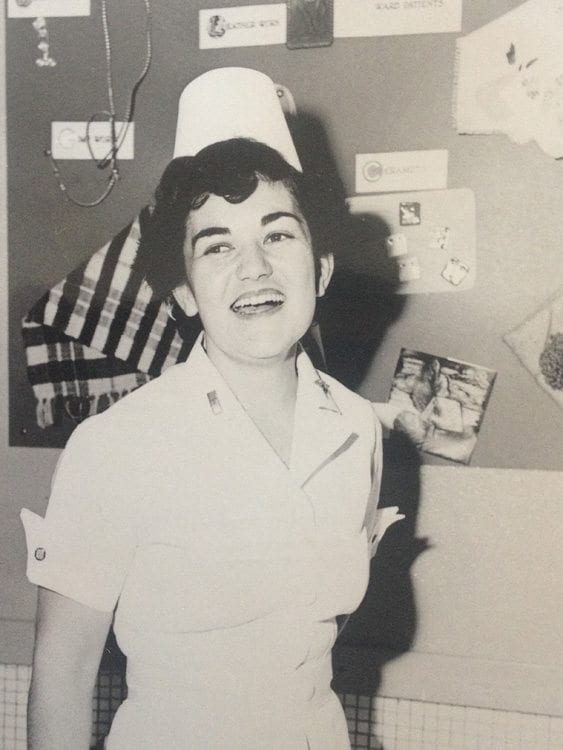 2018 marks seventy years since the passage of the Women’s Armed Services Integration Act which enabled women to serve as regular members of every branch of the military. In 1978 the Women’s Army Corp was officially disbanded. In January 2013 the restriction on women serving in combat zones was lifted. And in May 2017 eighteen women became the first to graduate from the Army’s newly gender-integrated infantry basic training. These are only a few of the milestones that have taken place since the Integration Act of 1948.

The implementation of these new policies has been complicated. Women have had to navigate challenges with uniforms, lodging, bathroom facilities, pregnancy, and sexual harassment. Oral histories can teach us what has changed for women in the service and what struggles still exist today. The following are excerpts from interviews with women, talking about some of the gender-related issues they faced during their time in service:

Deborah Thomas served as a medical lab technician in the Air Force from 1972 to 1996.

“While I was at Keesler [Air Force Base], I made a lot of firsts. I was the first female Phase Two student. And they didn’t know what to do with me. It took me a couple of days to figure out where I was gonna live.

There were definitely uniform changes. When I first went in, after I did my training and even while I was doing my training, we had to wear hospital dresses.  That meant wearing dresses and nylons, and nurses’ shoes.  And wearing a dress was not always the most logical thing, especially if you’re having to climb up on things to get at supplies, or if you’re down on your knees drawing blood from a person on a Stryker bed and he’s upside down. It took ‘em a long time to figure out that the women’s fatigues just were not conducive to some of the jobs they were havin’ women do.” 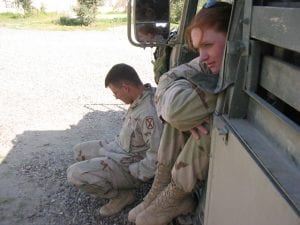 Michelle Rasmusson served in the Army Reserves from 1999 through 2007.

“We were assigned to the 10th Mountain Division, and I was the only female out of six hundred guys. They had absolutely no idea what to do with me. I had just gone through six months of hell—these guys were just getting here. I remember them walking up and saying, “Oh my god, you’re a female.” I was like, “Thank you, yes, yes. I appreciate that.” So the guys kind of got shuttled into their tents, and then they said, “Well, how about we put you in the TOC [tactical operations center]?” And the TOC is the command center, basically, where lights are on twenty-four hours, the radio, all the pages, all the calls. And that was where I was for the first week or two. And the thing about the TOC is you hear everything. It was every firefight that guys were in, it was every rescue mission that was coming in. Finally I said to the captain, “I can’t do this.” There’s this closet in the building that we were in that was stacked with paper. “If I clean out the front part of this closet, can this be my spot? I just need a spot,” And they said, “Well, we can maybe build you a shower, with a top on it, and down to the ground.” It was one of those things where I need to shower, and I need to go to the bathroom. It was almost like I didn’t exist. They called me the yeti sometimes, “I saw her; she was up here, and then she was over here.” 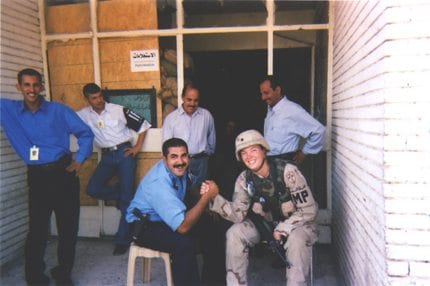 “We were driving into the Green Zone, Central Baghdad. And 1st Cav had just gotten in two weeks earlier, they had just started their missions, and one guy was at the gun right at the checkpoint to get in and out of this Green Zone, and he looks down at one of my fellow females, who’s on the gun. He’s like, “You even know how to use that thing?” And as soon as we got off the Humvee, she’s like, “I can’t believe he said that to me, I want to go kick his ass.” We were very irate that a fellow soldier would even take us down to such a level. But, if you’re an infantryman, you don’t work with women, they have no idea what we’re capable of doing. And so, there were a lot of stereotypes to break while we were over there, and I think we did a very good job of breaking them.”

Of course, service wasn’t a wholly negative experience for these narrators or other female veterans. Many of them reminisce about getting along with their male-counterparts and how well they were treated. It’s important to acknowledge all parts of the story and that’s why oral history is so valuable. Service has been an extraordinary, rewarding experience for many women. The more we listen to their stories, the more we can appreciate what they’ve done. And we can consider how to continue making the military an inclusive space that affords everyone the chance to serve our country. 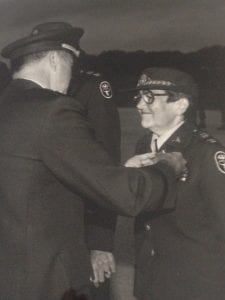 In her interview, Ann Fritsch, who served in the Army from 1951 through 1983, was asked why she wanted to tell her story:

In an effort to promote these stories, and make sure they don’t go underestimated or underappreciated, we will be highlighting stories of women in service throughout 2018. Check out the “Featured Interviews” page on our website, our April Mess Night, and our Spring Edition of Warrior Book Club, all of which will have a focus on women in the military.

Your ticket for: Listening to Learn: Oral Histories from Women in Service