Micabil Diaz Talks About His Experience in Sarajevo 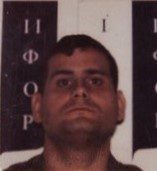 In honor of Hispanic Heritage Month upcoming in September, we are featuring the story of Wisconsin Veteran Micabil Diaz, who served in the United States Army from 1985 to 1997. Diaz grew up in Puerto Rico and came to Wisconsin to attend college. Diaz enlisted in the army in 1985 and served with an U.S. Army Reserve unit, Delta Company, 3rd Battalion, 351st Infantry Regiment, 84th Training Division, in Milwaukee, Wisconsin.

While serving in the reserves, Diaz enrolled in the Reserve Officers Training Corps at Marquette University. At the same time, Diaz attended law school and received his juris doctor degree. The army in 1989 commissioned him as a judge advocate general (JAG) officer with the rank of first lieutenant.

Diaz’s first assignment was as a legal assistance lawyer with Headquarters and Headquarters Company, Division Artillery (DIVARTY), 2nd Infantry Division, Camp Stanley, Uijeongbu, Korea. Following his first year in Korea, Diaz extended in 1992 for a year to take over the prosecutor's position at that same unit.

In 1994, the army assigned Diaz to Headquarters and Headquarters Company, Joint Readiness Training Center at Fort Polk, Louisiana, where he spent a couple of months in Haiti. While there, he served as administrative law JAG and used his French, Spanish, and English skills to work with non-governmental organizations in Haiti.

Next, in 1995, Diaz got his choice assignment when the army assigned him to United States Army Special Operations Command (USASOC) in Fort Bragg, North Carolina. While serving in USASOC, he worked at Headquarters Company, 95th Civil Affairs Brigade (Special Operations) (Airborne), at that time one of the few active component Civil Affairs (CA) units. Diaz relished his time in the special operations unit.

Following are excerpts about Diaz's deployment to Bosnia in December 1995, with the link to the full interview at the end.

DIAZ: Originally deployed to Bosnia, I was part of people training the new guys. That were going out in Bosnia. As a matter of fact, my unit was substituted by the guys from Green Bay.
INTERVIEWER: Okay.
DIAZ: That was hilarious, because at that point, I had a Cheesehead hat. [Piotrowski laughs] My friend got it for me. And when the guys from Green Bay were coming, I put the hat on [Piotrowski laughs]. And they all look at me like, "Oh geez," I'm like, "Yeah, from Wisconsin." It's kinda funny. 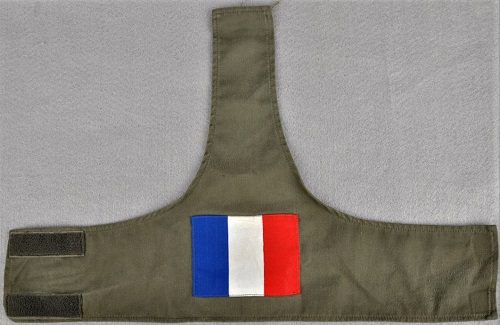 DIAZ: I'll tell you a funny story. Since I spoke French--I basically made good friends with the guy who was the, kinda like the--The Sarajevo airport was controlled by the French Army. And um, I became very close friends with a guy who was a flight guy in--at the airport, he was a French guy. And uh, the reason why I became good friends with him is he could tell me when were the flights coming for us.
INTERVIEWER: Okay.
DIAZ: So, we could be there--
INTERVIEWER: And pick things--
DIAZ: And pick them up right away. Instead of being put someplace and then, god forbid, if things were lost or missing. I'm telling this story because I don't smoke. But we were given cigarettes. And French loved American cigarettes. So I told him, y'know, used to give him a couple 'a boxes of Marlboroughs. He loved it. We were gonna be rotating back to the United States. And, what happened was, we were given a direction that the Air Force wanted all those vehicles clean. They will not take dirty vehicles.
INTERVIEWER: On their clean little planes.
DIAZ: On their, on their planes. And when I got that instruction, I told the guy, "Look around, do you see a car wash around here?" [Piotrowski laughs] So, we were in a quandary. So, I tell my problem to my--to the French colleague, and he just look at me and said, tells me in perfect French, "Well, that's very easy," he said. "What do you mean?" He said, "We'll do a fire drill." So basically, I went out to the guys--because also, since the airport's controlled by the French Army, they have all these--you see all these huge airport trucks?
INTERVIEWER: Yeah, the fire trucks.
DIAZ: They were controlled by the French Army. So I talked to those guys, and I said, "I need this," and I talked to all my guys, and I collected all these boxes of cigarettes. Marlborough cigarettes. Given 'em to them, and we're all ready to roll. It was the most beautiful thing. I got two huge trucks with their nozzles, and the trucks went through them and they all got cleaned up [Piotrowski laughs]. And as soon as they were getting cleaned up [Piotroswki laughs], we were loading them on the C-5 Galaxies. And we went out. And that's how I earned an Army Commendation Medal [both laugh].
INTERVIEWER: No! [Both laugh] For the truck wash [laughs].
DIAZ: Well, they say for initiative and--
INTERVIEWER: Oh yeah, quick thinking, and--
DIAZ: Yeah, but that's the reason for it.
INTERVIEWER: Well, good relations, took a lot--
DIAZ: And I--all the guys in the unit loved me because everybody wanted to go home, and pshhh. 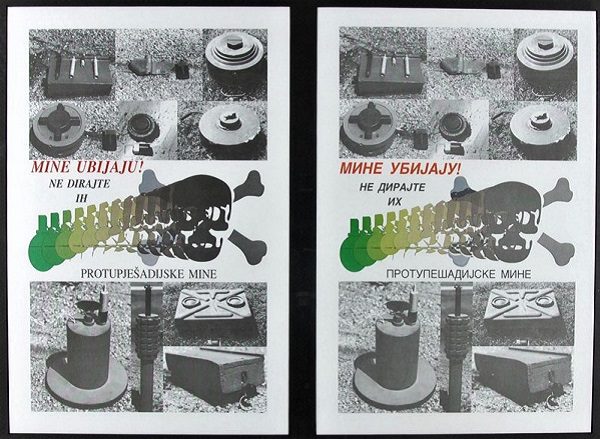 DIAZ: And what we did in Bosnia, we were trying to save people. It is the same thing. People were taking shots at us. And--
INTERVIEWER: Yeah, it's not fun.
DIAZ: In Sarajevo, we used to joke around, because lah-di-dah-di, everybody had an AK-47. And every time we were driving, we kept looking behind our shoulder. To wait whether or not that guy was pulling the AK-47 out of his sling to take a shot at us. And sometimes you saw small kids with their hands, shooting at us. You know, making the sign of having a pistol, that they were gonna kill us. And every day, I had to travel from my base camp to, through Sniper Alley in Sarajevo.
INTERVIEWER: Which is--how long is that, I mean--
DIAZ: It's about four miles. In downtown Sarajevo, and it was called Sniper Alley because--
INTERVIEWER: --for pretty obvious reasons.
DIAZ: For obvious reasons. So, and I used to go there, to the old uh--it was Zetra Stadium, which used to be the old Olympic stadium in Sarajevo. 'Cause that's where we used to pick up the mail. So we used to go there, pick up mail and stuff to take back to our units. And we used to do it, and every time we were driving through--through uh, Sniper Alley, you truly didn't know if it was your last day. And we were doin' the Humvees with the canvas.

DIAZ: The other thing that happened to was, when we were over there, at that point, uh--some of the Serbians did not like us to be there. So, they used to take potshots at us [chuckles]. And uh, I remember one time, one of the guys got hit with a bullet. It didn't hit him--it didn't kill him, just basically scratched 'im. But I remember, the next day, we were told that they brought a French anti-sniper team with a nightscope. To find where they were. They found the guy, and they killed 'im. They found the guy, and one kill, one shot.
INTERVIEWER: That slow down pot shots?
DIAZ: Oh, [chuckles] immediately. When they found out that, y'know--'Cause the rules of engagement was, basically, we could not return fire unless we could identify the target.
INTERVIEWER: Right.
DIAZ: Y'know, if--you could, you could defend yourself but since you couldn't identify the target--
INTERVIEWER: You couldn't fire back.
DIAZ: --you couldn't fire back. So, basically we're bunkered down. That's why they brought the sniper team with all their beautiful scopes.

DIAZ: I can't stand, uh, fireworks. I don't see fireworks, I don't go to Fourth of July parades, I never see 'em. I don't. [Inhales] The reason why is because, when I was in Bosnia, and we were--part of the things, we were an observation post. And we got a lotta se--fire, to us. You know, so you could see the tracers and everything. So, loud noises and fireworks, I'm not very fond of.
INTERVIEWER: [Chuckles] It's funny how that sticks with you.
DIAZ: Oh, it is. 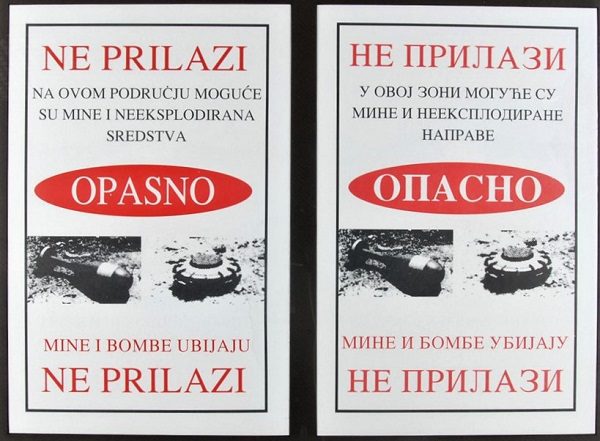 DIAZ: I don't recall when, but at some point I got the message that one of the units up north--I forgot, what city was it. Let's see--was it Ilidža? I think the other one, the first one I was at. Oh, what's the name of this. I forgot, but they'd found evidence of mass grave sites.
INTERVIEWER: Okay.
DIAZ: So, I went--I was assigned to go with military police guys to check the area. And then I developed and I wrote standard operational procedures of what to do when you saw a--when you could, when you thought it was a mass grave site. And it was basically kind of a short order to tell people how to cordon the area like a crime scene. Y'know, cordon the area, don't let people come in or disturb anything because one of the things that we did is we communicated directly with, ah, the folks at the International War Crimes Tribunal. At that point there was an International War Crimes Tribunal. And we had to send the forensics experts to take care of that. But, our role was to identify it, y'know, grid it, protect it, and secure it. And the people from the International War Crimes Tribunal, provide security to them--
DIAZ: --when they were there. Y'know, they used to remove the corpses and all that stuff, so. So, I did that for a couple of times when I was in--over there, in Bosnia. So.
INTERVIEWER: Set up the--but you also set up the procedure for the future, any time they found somethin' like this--
DIAZ: Correct. Mm-hm, yeah, because we did not--we didn't have that. Nobody explained, nobody knew about it. People knew there was mass graves, but nobody had thought about, "Okay, what if we find one, what do we do?"
INTERVIEWER: Yeah, and it was just the beginning of that whole war crimes tribunal--
DIAZ: Correct.

Your ticket for: Micabil Diaz Talks About His Experience in Sarajevo

Micabil Diaz Talks About His Experience in Sarajevo