Recruiting for the First Wisconsin Cavalry (1st Wisconsin Cavalry) regiment was authorized in the summer of 1861. Camp Fremont at Ripon, WI, was designated as the rendezvous.  It became necessary to change the location and the camp was changed to Camp Harvey, Kenosha, WI, on the November 22, 1861.  Here the organization was perfected and the last company mustered into the service of the United States on March 8, 1862. The 1st Wisconsin Cavalry regiment left the state on the 17 of March, proceeding to St. Louis, MO and shortly thereafter to Cape Girardeau, MO.

From this point as a headquarters the several companies detached and went to various points in Missouri and Arkansas for service, and until the latter part of May 1863 the regiment was engaged in similar duties at various points in this territory, when it was transferred to middle Tennessee. It reached Nashville, TN on the June 14 and assigned to the Cavalry Corps of the Army of the Cumberland with which it was subsequently identified, serving chiefly in middle Kentucky, Tennessee, Georgia and Alabama. In the summer of 1863 the regiment participated in the advance on Chattanooga, and was engaged on the extreme right of the Union line the battle of Chickamauga September 19-20, 1863.

Thereafter, a long series of movements kept the cavalry engaged at different points guarding wagon trains and lines of communication. They frequently encountered  the enemy.  At the opening of the Atlanta Campaign, May 1 to September 8, 1864, the 1st Wisconsin was assigned to the Cavalry Corps accompanying the army of Gen. Sherman.  In this campaign the regiment was almost constantly on the move performing the duties usually assigned to the cavalry. In October following the surrender of Atlanta, the 1st Wisconsin accompanied the forces sent in pursuit of the Confederate forces under General Hood who were invading middle Tennessee, and who were finally so signally defeated and crushed at the battles of Franklin and Nashville.

After the defeat of the Confederates at Nashville, December 15-16, 1864, the 1st Wisconsin Cavalry was engaged in pursuing the retreating rebel forces, for that purpose pushing into Alabama; continuing in active service until after the collapse of the Confederacy in the month of April, 1865.  On the 6th of May 1865 the First Cavalry was stationed at Macon, GA at which point the command received orders to start in the pursuit of Jefferson Davis. Davis was presumed to be escaping Union forces and at that time was in southern Georgia.

After an arduous march of several days and nights the First, with other Union forces, succeeded in overtaking Mr. Davis on May 10, 1865 near Irwinville, GA. After the capture of Mr. Davis the regiment was transferred to Nashville, TN and mustered out of the service of the United States July 19, 1865.  Shortly thereafter it returned to Madison, WI disbanded.

During service the regiment lost six officers and 67 enlisted men who killed and mortally wounded. Seven officers and 321 Enlisted men died by disease.  A total 401 souls were lost. 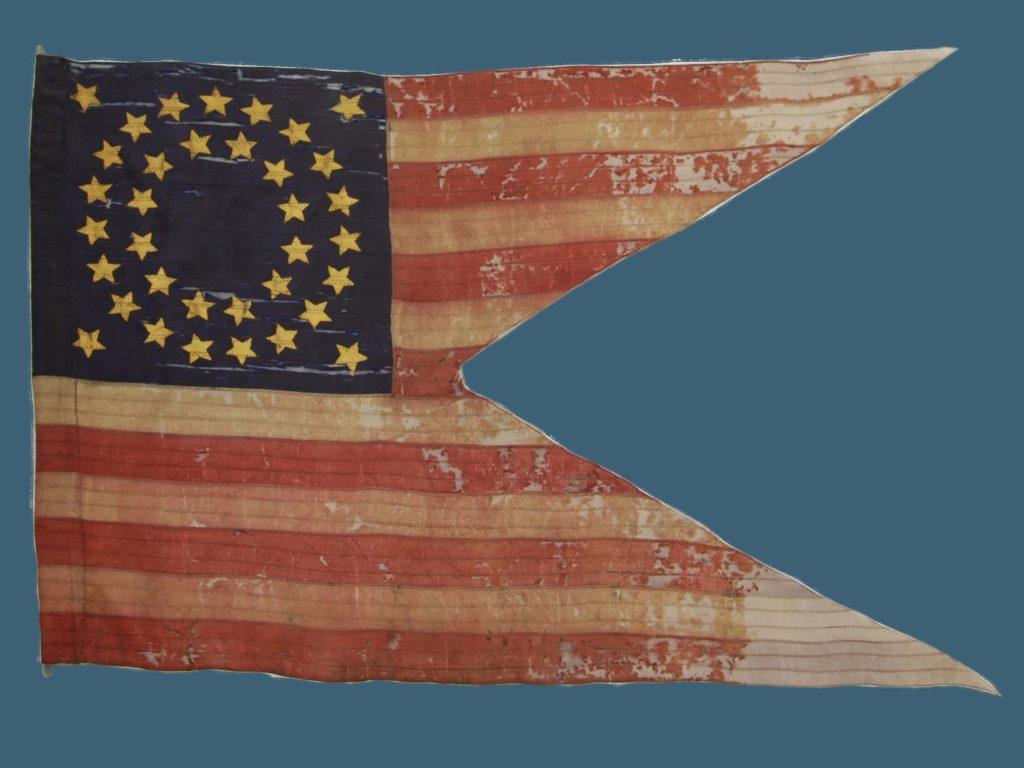 Guidon, 1st Wisconsin Cavalry, 1862-65 This guidon was first over Confederate Capitol Building in Montgomery, Alabama on April 12, 1865. According to a descendent with access to his diary, the guidon was raised by Captain Stephen V. Shipman of the 1st Wisconsin Cavalry. Flag Description Thirteen horizontal alternating red and white silk stripes with dark blue silk canton, 14" on the staff by 14" on the fly, containing 35 gold painted, 5 pointed stars arranged in vertical ellipses, 12 stars on the inner ellipse, 19 stars on the outer ellipse and one star in each corner of the field. Wind damage to swallowtails. 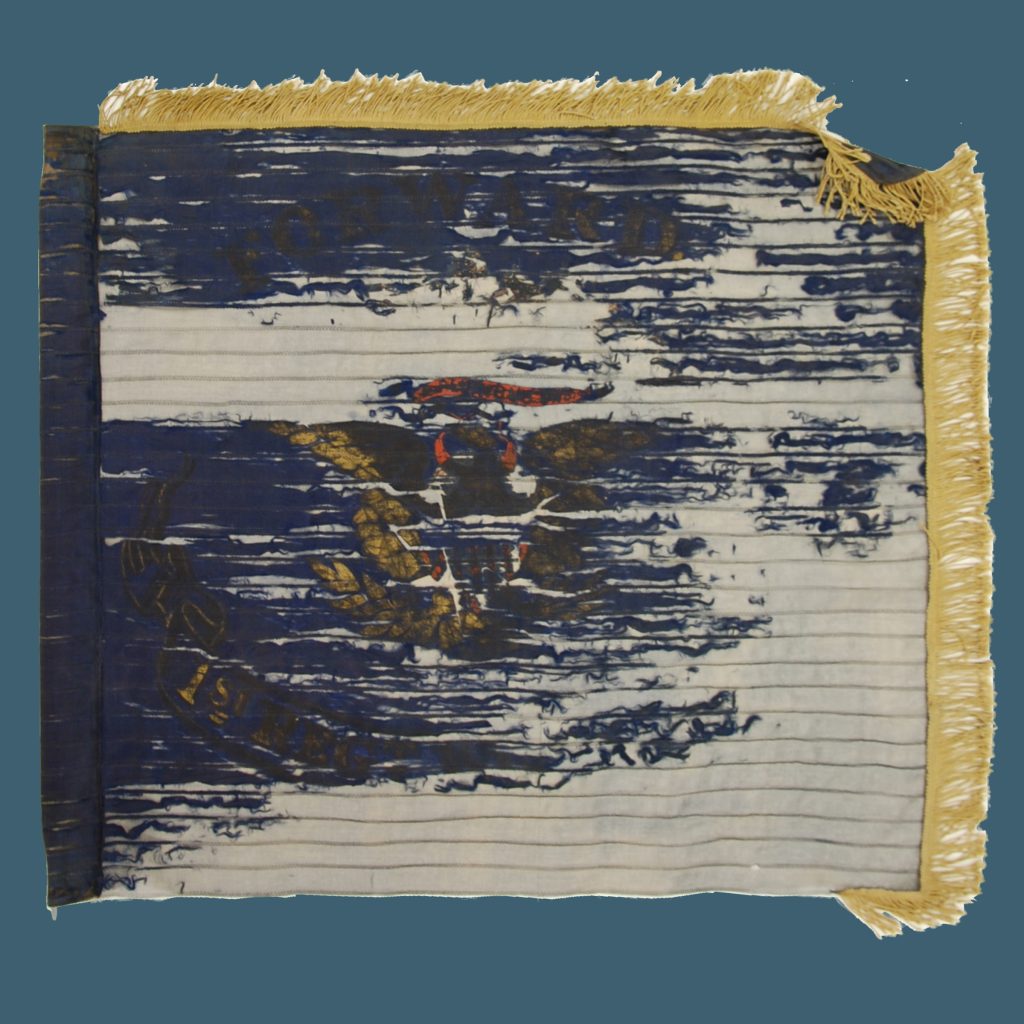 Your ticket for: 1st Wisconsin Cavalry