The Fourth Wisconsin Cavalry (4th Wisconsin Cavalry) was organized as the 4th Wisconsin Infantry Regiment at Camp Utley, Racine, WI. The unit mustered into the service July 2, 1861. It left the state on the July 15th for camp at the Relay House, MD, August 5, 1861. The regiment remained at Relay House until early in November when the regiment was transferred to Baltimore. It remained there until the latter part of February 1862.

On March 6, the regiment left from to Newport News, VA to join the "Army of the Gulf." It arrived at Ship Island south of New Orleans on March12,1862 and not until May 1st did the Fourth land in New Orleans. In New Orleans the regiment was assigned to active service and took part with an expedition up the Mississippi River against Vicksburg in May, and another in June. They occupied Baton Rouge, LA, a little later in the year. The forces there were employed in successful expeditions during that winter, and in May were collected with a view of capturing Port Hudson, LA, in which siege and sanguinary contest the Fourth participated May 21 to July 8,1863. This was the last service of the Fourth as a regiment of infantry.

On August 22, 1863, it became the Fourth Wisconsin Cavalry and on September 1 was equipped as a cavalry regiment. Thereafter the Fourth regiment was actively engaged in scouting, picketing, and accompanying expeditions of various points in Louisiana and Mississippi. After the end of the war in April of 1865, the regiment was transferred to Texas near the Rio Grande in July. Companies of the regiment were detached to guard and patrol points along the river from Brownsville to Laredo until the latter part of May 1866. The regiment was transferred to Madison, WI and mustered out on June 19, 1866. 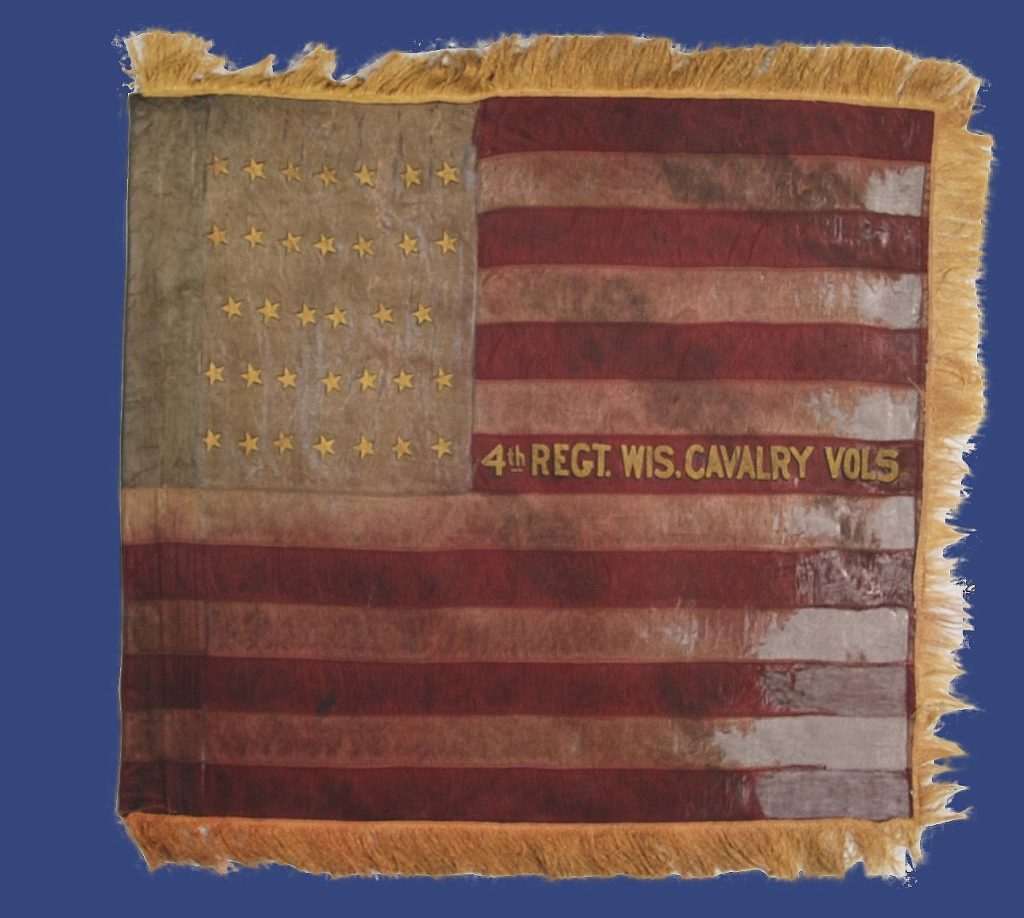 Your ticket for: 4th Wisconsin Cavalry