On March 24, 1862, the regiment left Wisconsin for Benton Barracks in St. Louis, MO. From this point battalions from the regiment were sent into Missouri and Arkansas. They were in active service until the month of January 1863, when the Second and Third battalion were moved to Memphis, TN. The First remained in Missouri.

The following June, the Second and Third Battalions were transferred to Snyders Bluff near Vicksburg, MS.  The day following the surrender of Vicksburg July 4, 1863, the regiment was assigned to the forces under General Sherman and participated in the Jackson Campaign July 5-25, 1863.  On the return from this expedition the regiment remained at and in the vicinity of Vicksburg doing patrol and police duty until November 1864. In September the First Battalion rejoined the regiment near Vicksburg.

For the next several months the regiment served with expeditions in Mississippi, Tennessee, and Arkansas in the areas of Vicksburg, Ripley, Memphis, and Gaines Landing.

The Second Wisconsin Cavalry returned to Madison, Wisconsin where it was disbanded on December 14, 1865. 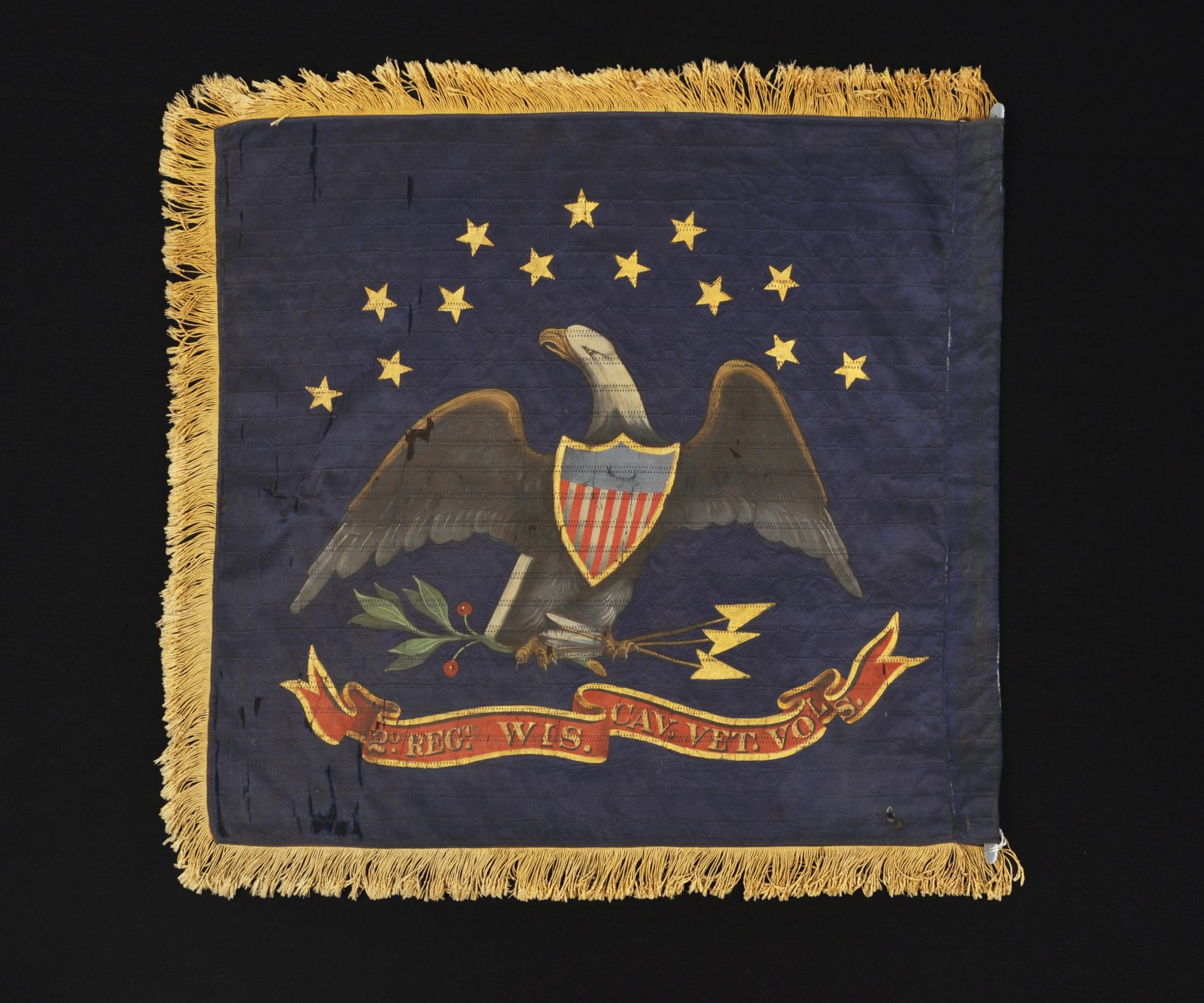 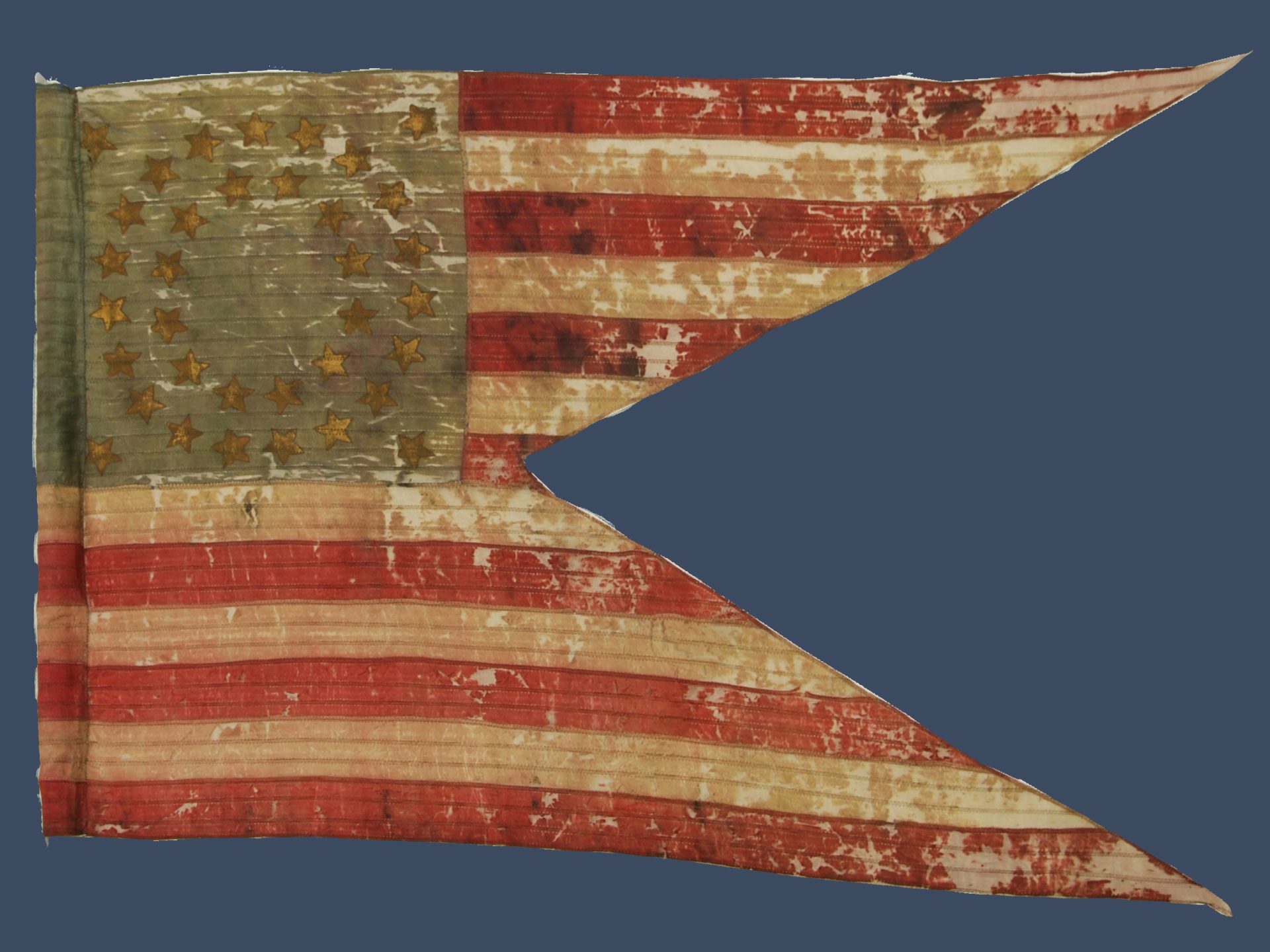 Guidon, 2nd Wisconsin Cavalry - V1964 219 8 - Thirteen horizontal alternating red and white silk stripes with faded blue silk canton, 13 1/2" on the staff by 14" on the fly, containing 35 gold painted 5 pointed stars arranged in vertical ellipses, 12 stars on the inner ellipse, 19 stars on the outer ellipse and one star in each corner of the field. There is a "B" in ink on the white stripe below canton. Entire flag faded and thin. a Flagpole: wood; spearhead tip. Guidon may have been carried by Company B of the 2nd Wisconsin Cavalry Regiment.

Your ticket for: 2nd Wisconsin Cavalry