The Third Wisconsin Cavalry (3rd Wisconsin Cavalry) was organized at Camp Barstow in Janesville, Wisconsin between November 30, 1861 and January 31, 1862. It mustered into service  on January 28, 1862.  The regiment left the state on March 26 for St. Louis, Missouri.  While in transit near Chicago, a railway accident occurred in which 12 men were killed.

The regiment remained at Benton Barracks in St. Louis, Missouri until the latter part of May, when it was assigned to Fort Leavenworth, Kansas. On May 27,  1862, regiment commander, Colonel Barstow, was appointed Provost Marshal of Kansas. Subsequently, companies of the Third Wisconsin Cavalry were assigned to provost duty in several localities.

In the month of September of that year six companies were detached and assigned to duty under General Salomon in southwestern Missouri and Arkansas. With the Union forces with this command the companies participated in the battle of Prairie Grove on December 7, 1862.The remainder of the service of this regiment was spent in southwestern Missouri, Arkansas, Kansas and Indian Territory. The regiment moved constantly and were frequently in contact with the enemy as they scouted and patrolled.

The most of the regiment was mustered out of the service at Fort Leavenworth, Kansas September 29, 1865.  Companies G and L mustered out October 26, 1865 The final company disbanded at Madison, Wisconsin, November 1, 1865. 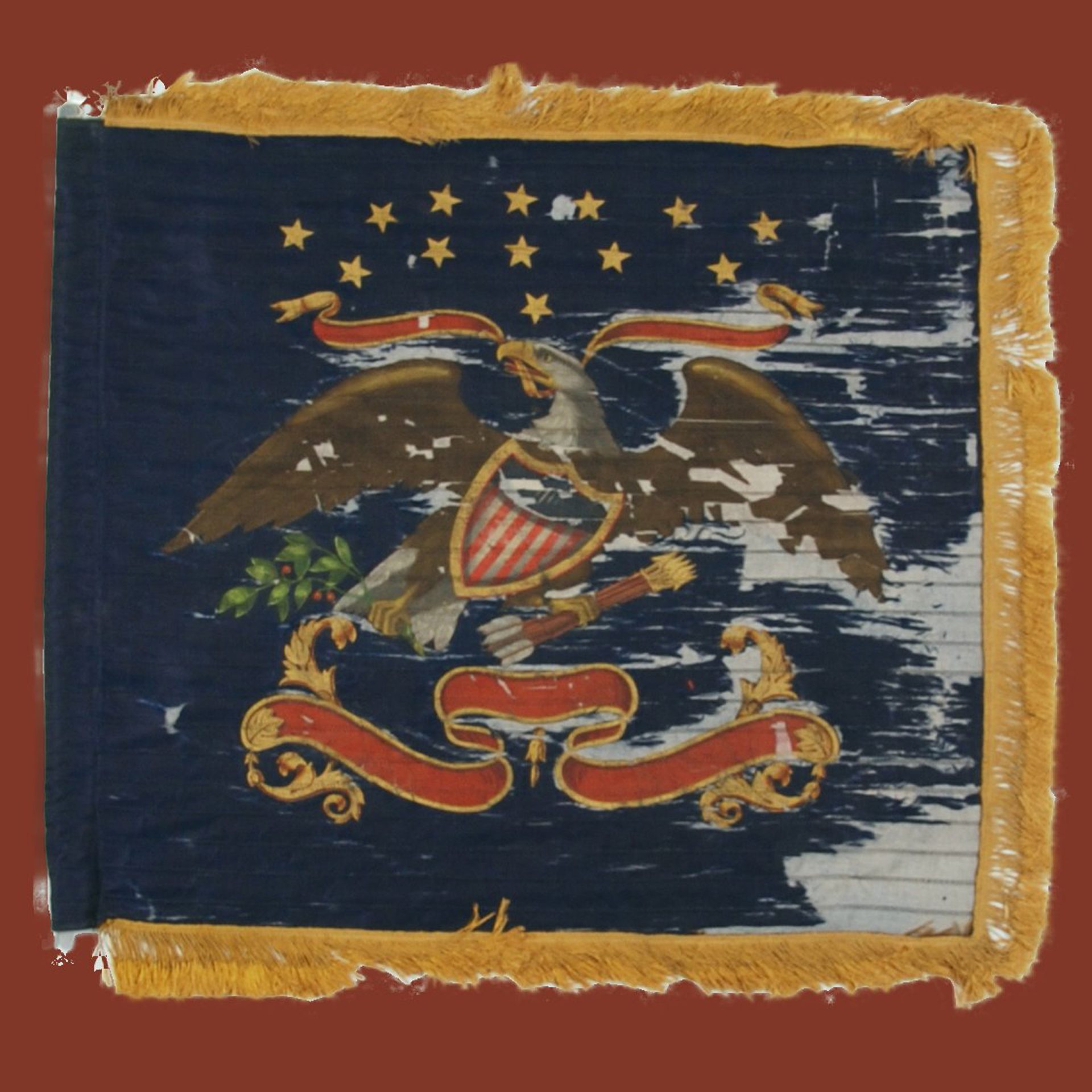 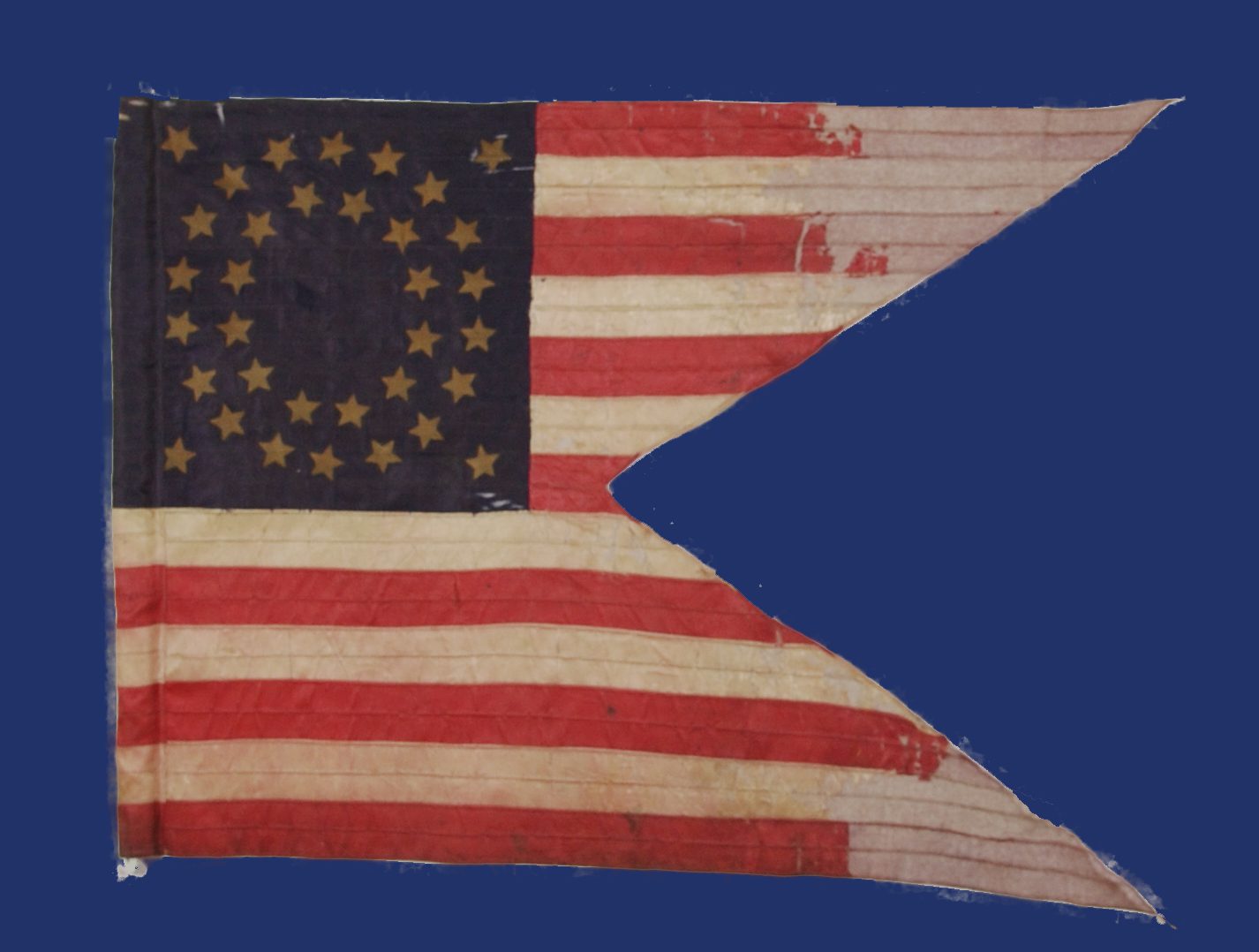 Guidon, 3rd Wisconsin Cavalry - V1964 219 10 - Thirteen horizontal alternating red and white silk stripes with dark blue silk canton, 14 1/2" on the staff by 14 3/4" on the fly, containing 34 gold painted 5 pointed stars arranged in vertical ellipses, 12 stars on the inner ellipse, 18 stars on the outer ellipse and one star in each corner of the field. Heavy wind damage to swallowtails.

Your ticket for: 3rd Wisconsin Cavalry