In April of 1862, the battery moved to Lexington, KY and was assigned to the Union forces operating under General Morgan. There the unit participated in the Cumberland Gap Campaign March 28 to June 18, 1862, and in the action at Tazewell, TN, August 6, 1862.  In October, 1862, the battery was transferred to Memphis, TN.

In the later part of December 1862, it joined the forces assembling to battle at Vicksburg, MS.  With General Sherman, the First Wisconsin Light Artillery Battery participated in several actions in the attempt to secure a position above Vicksburg. On April 30, 1863, they crossed the river with the General Grant’s forces. On May 1, they fought in the Battle of Port Gibson.

On May 19, 1863, the battery took its place in the line of entrenchments and opened fire on the Confederates at Vicksburg.  After the surrender they accompanied Union forces on the Campaign against Jackson, MS, July 5-25, 1863. In August they transferred to southern Louisiana and by October were assigned to the defenses at New Orleans, LA.  The remained there until April 1864, when they were assigned to the Red River Expedition.

Thereafter, it served chiefly in southern Louisiana, operating from Baton Rouge as an initial point, making long marches and participating in many minor movements and frequent contact with the enemy. The battery was mustered out at New Orleans July 18, 1865, returned to Milwaukee, WI, and disbanded.

The battery lost five enlisted men and one officer who were killed and mortally wounded. Twenty-two enlisted men perished by disease. 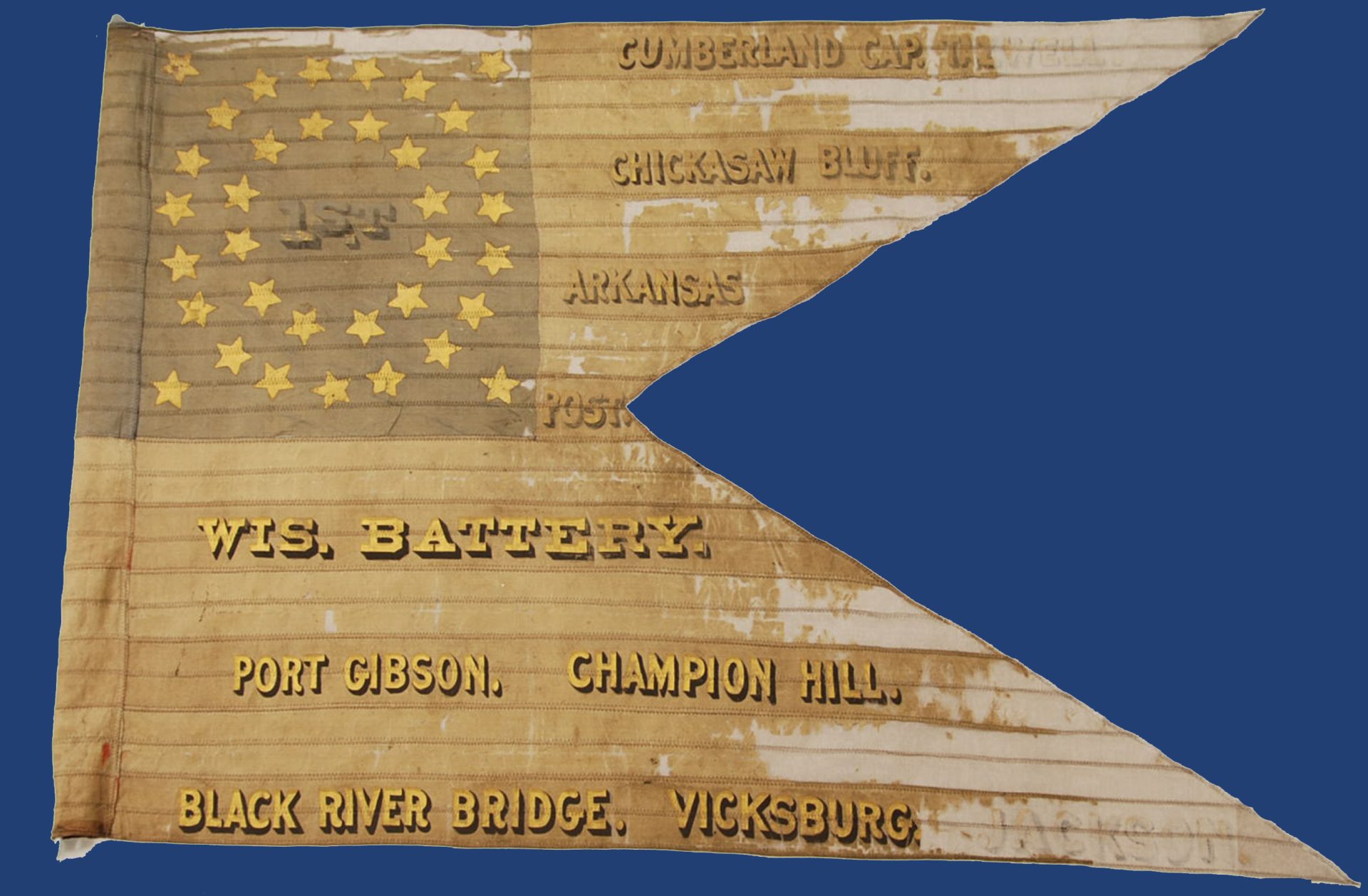