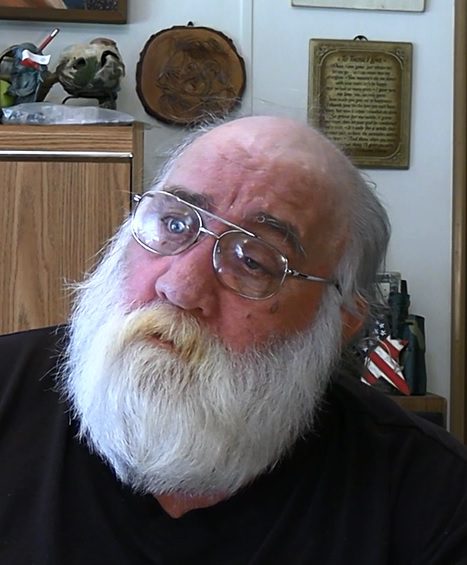 This blog post features extracts from an oral history interview with a Wisconsin veteran Gary Castona from La Farge, Wisconsin, in the Coulee region. He relates his experiences of Vietnam combat service and later Cold War Germany. Like many veterans, Castona’s military service affected the rest of his life. His military experience is a mixture of proud service to the country tempered by physical and mental sacrifice.

Castona grew up in Amherst, Wisconsin, and served in the United States Army during the Vietnam War as a field artilleryman. He served July 31, 1968, to February 7, 1969, and March 16, 1970, to March 13, 1972. For his first tour, the Army assigned Castona to A Battery, 1st Battalion, 27th Artillery Regiment (155mm) (Self-Propelled), 23rd Artillery Group, 2nd Field Forces, Vietnam. His battery participated in Operation Rock Crusher and was the first field artillery unit to enter Cambodia during the Vietnam War. The Army then sent Castona to C Battery, 2nd Battalion, 92nd Artillery Regiment, USAREUR, Giessen, Germany.

Castona graduated from Amherst Junction High School and, when pondering his service in Vietnam, states that he took to heart President John F. Kennedy’s words, “Ask not what your country can do for you—ask what you can do for your country.” So, here he is in his own words:

According to Castona, his unit made the first artillery incursions from Vietnam into Cambodia to support the nearby Army units with indirect fire. He calls this scooting and shooting and remembers never sleeping:

While conducting these missions, his artillery unit had to provide local security each time they moved. Castona describes how they sprayed each new perimeter with Agent White (like Agent Orange) and Agent Blue to defoliate the area around the temporary artillery emplacement:

While on a fire mission, an accidental breech fire killed Sergeant John W. Kisielewski while he shielded Castona. His death deeply affected Castona and put him on a lifelong mission to make sure that people remember Kisielewski:

After briefly returning to the United States from Vietnam, the Army sent Castona to Giessen, Germany, with C Battery, 2nd Battalion, 92nd Artillery Regiment. But, Castona found the garrison and parade-like mindset very disorienting after serving in Vietnam, and he wound up discharged from the Army:

Castona’s struggles with combat-related stress began in Germany and followed him back to the United States. He found it difficult to readjust to civilian life and became disillusioned with his country. Castona eventually received treatment from the Veterans Affairs (VA) hospital in Tomah. However, in the 1980s, he found the treatment of Vietnam veterans less than a positive experience, as he recalls:

Here, Castona talks about his sense of duty and continued pride in military service to this day:

--> To watch, listen, read or research the complete interview click HERE or on the image below: 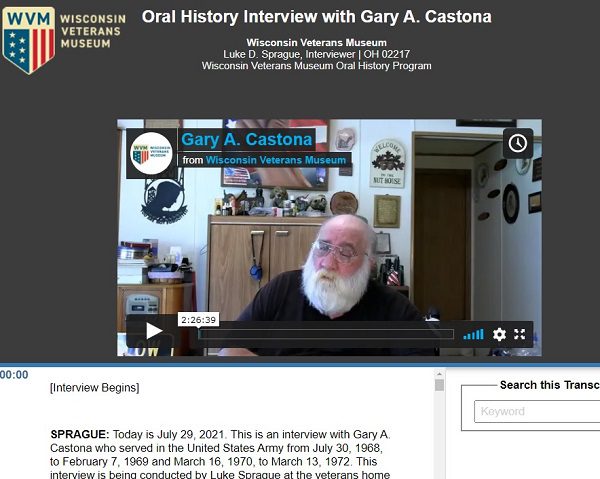