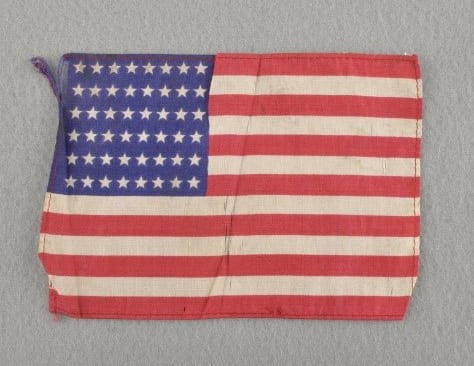 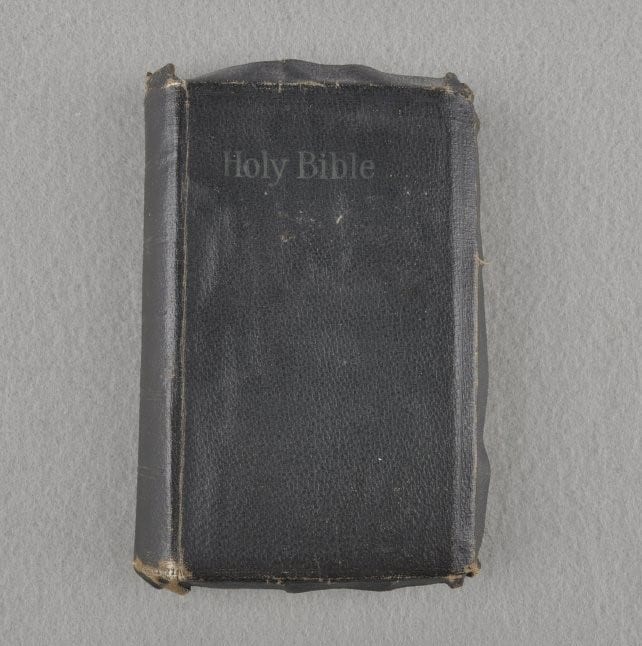 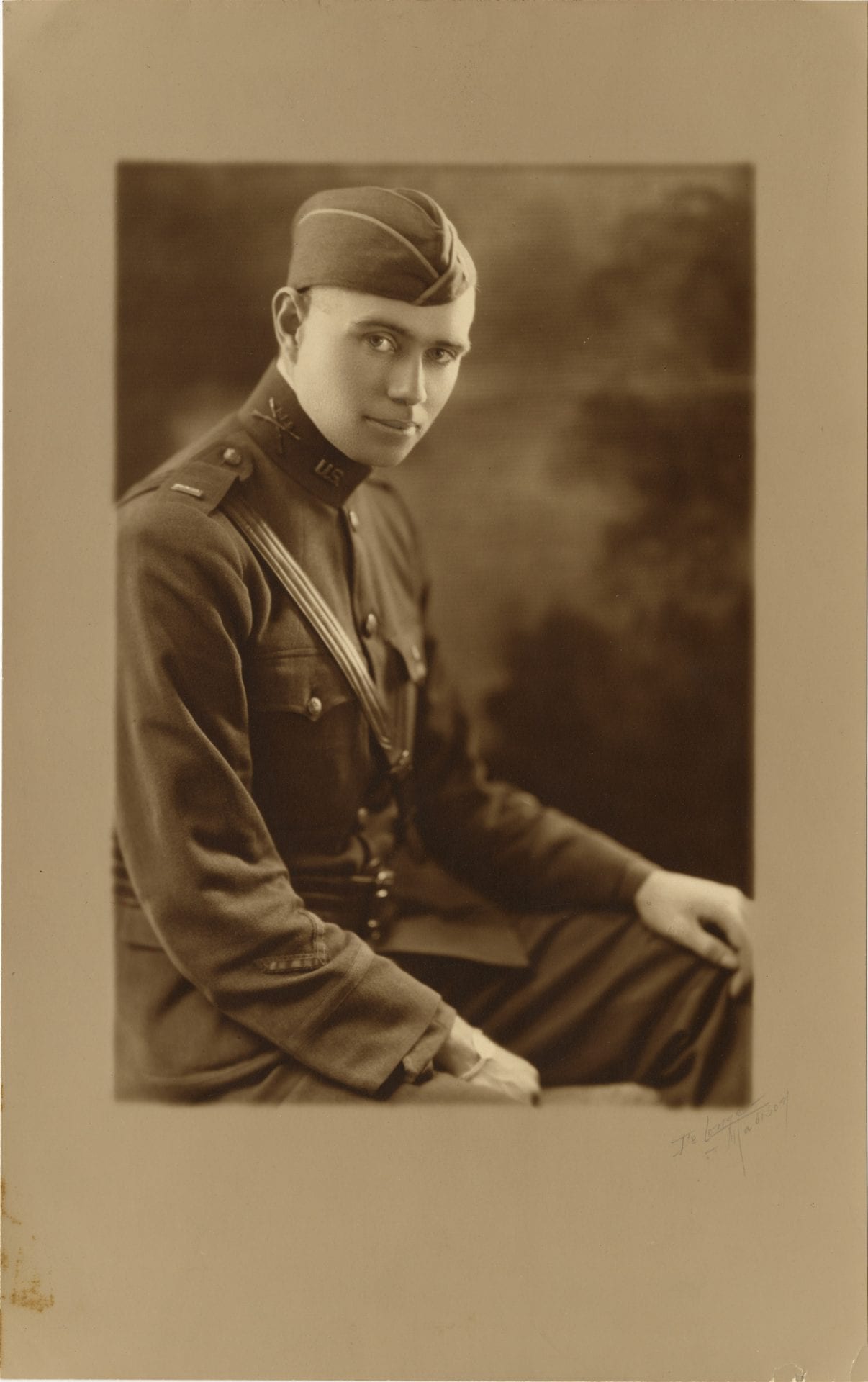 For Flag Day and the Army’s Birthday today, and with Father’s Day coming up , we share this small flag and bible carried by Henry C. Fuller, Sr., of Whitewater, WI, throughout his service in World War I. In 1974, Fuller wrote a letter to his daughter telling the story of these two meaningful mementos when he gifted them to her:

In deepest appreciation of your coming to Milwaukee… to share your birthday, and have a real heart to [heart with] Pa Fuller, I want to give you this: The Little Bible + American Flag that your Pa as a soldier, in 1917-18-carried with him in France, Belgium, England-in battle +otherwise, during World War I.

[and, finally, the next step of its journey:] May this work buoying up Pa, + assisting him with his 1973 Income Tax, and coming home to cheer us all up –may this special Bible prove rewarding to you.

With deepest love and Pride, Your devoted Dad:
Pa