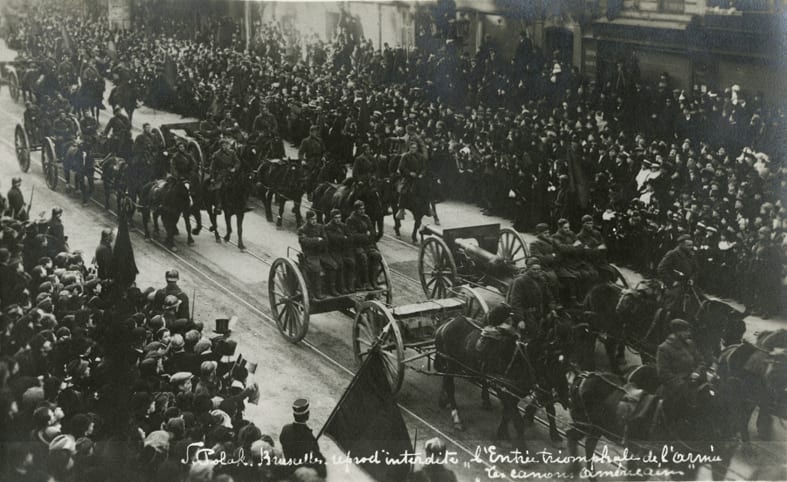 On this Veterans Day, we mark the 100th anniversary of the armistice that ended World War I and a closing of the official centennial commemorations. As the days and weeks around Veterans Day will be busy with various programs and ceremonies, when you hear the bells toll across the nation at 11 a.m. this November 11th, take an extra moment to pause and reflect on those historic moments from 100 years ago and remember the Wisconsin men and women who experienced those dramatic final days first hand all along the Western Front.

As early as the beginning of October, it was known that the Germans and Austrians were communicating with President Woodrow Wilson regarding acceptable terms of an armistice. That month, the Allies were pushing hard on the Western Front in the Meuse-Argonne offensive, keeping constant pressure on the German army and attempting to finally drive them back into Germany and force an end to the war.

As the war entered November, amidst political upheaval in Germany, a string of victories from the Allied drive in the Argonne, and the other Central Powers signing armistice terms on their own (Bulgaria on September 29th, the Ottoman Empire on October 30th, and Austria-Hungary on November 3rd), the end was rumored to be near though no one knew just exactly when. By November 7th, rumors finally gave way to actual news. Paul Chase, of Magnolia, Wisconsin, wrote to his fiancée, 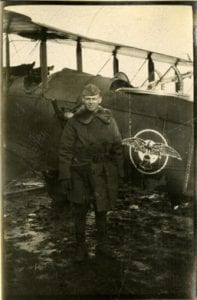 In spite of its natural tendencies the peace talk does not stop the fighting in any way as you undoubtedly notice by the [news] paper. Tonight more encouraging news came in.

The next morning, an official German delegation arrived behind Allied lines and received a seventy-two hour ultimatum from Supreme Allied Commander Marshal Foch.

Though peace was a welcomed possibility, the fighting continued up until the very last minute. On November 10th, with only twenty-four hours left in the ultimatum and still no official announcement of an armistice, Arthur Cantwell wrote home to his father in Shawano, Wisconsin,

The Hun are getting licked—the allies are confident—why shouldn’t they be, and if necessary we will by force dictate, not offer, an armistice. 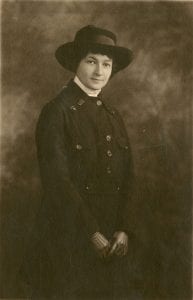 All we have heard is ‘peace has been declared’—‘finis la guerre.’ I don’t know whether it is official or not, but we are trying to believe it.

The following morning, mere hours before the deadline expired, the good news finally arrived. Charles Ellis, an ambulance driver just behind the lines, recorded in his diary the moment he knew the war was over:

Mon. Nov. 11, 1918: Hurrah—“finis la guerre!” The church bell at 6:45 A.M. rang and rang, and I thought it must have come. I got up and everyone was running about with it on their lips. Hostilities are to cease at 11:00 A.M. It is official—Germany is through—the war is over. I hear the Kaiser is abdicated and revolution is rising in Germany—Oh, to be alive and to have all this joy. 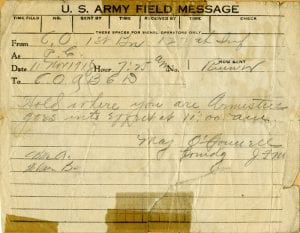 John Mullen, of Milton Junction, Wisconsin saved this field telegram ordering the men of the 1st Battalion, 127th Infantry Regiment, 32nd Division to “Hold where you are. Armistice goes into effect at 11:00 am.” WVM Mss 2212

Just behind the lines, the news was met with celebration within the hour. For those on the front lines, it took longer for news to arrive. The Allied offensive scheduled for that day began as planned before news finally reached the troops at the front.

For the Wisconsin men in the 32nd Division, relief finally came when a runner from headquarters caught up to the advancing infantry with a telegram announcing a halt to the attack.

In a letter to his wife that night, General Haan, commanding the division, wrote about those final hours of battle that morning:

This morning we resumed the attack at 6:30 which we had stopped last night after dark. At 7 we received orders to stop the battle. That was some job, too. We got it stopped entirely at 10:45, just 15 minutes before the armistice went into effect. One of my chaplains was killed at 10:40. 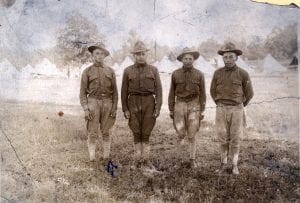 In the advance with the 32nd Division, Edward DeNomie recalled after the war that on:

[The] 11th of November we were right up at the front line. Right across ‘no man’s land’ you could see the Germans up ahead. Then everything quieted down. An eerie quiet finally descended on the war-torn landscape.

In his oral history, Otto Rystad who served with the 316th Infantry later recalled about that 11th hour:

[The big guns] kept shooting to the very last. And we had rumors all the time that there was going to be a stop, but it never happened and we didn’t believe it this time either… That is the funniest feeling I’ve ever had, I guess. It stopped, almost on that minute. And everything got almost just like a haunted house. It got so still after all that noise. It really was a funny feeling. 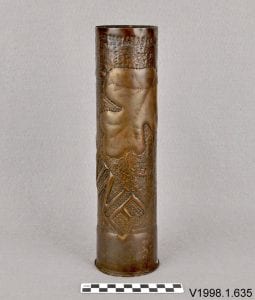 Frank Neu, of Madison, collected this artillery shell casing from one of the last shells fired “by an American gun on the outskirts of Sedan, France on November 11, 1918.” Frank later decorated it with his initials and “Argonne 1918.” V1998.1.635

As reality sunk in, the quiet soon gave way to celebration and reflection. Ambrose Coughlin, of La Crosse, recorded in his diary,

We let one great whoop and immediately the whole woods was one great voice, Old Glory was sent to the front line – bands played & indeed the fighting men were happy.

The day after the armistice, John Seng, of Milwaukee, wrote home with the spirit of those Allied soldiers that felt they had won an ultimate victory:

The Germans have gotten what they deserved, and I hardly think will ever again try and do the impossible, conquer the world.

Though history proved Seng and others wrong only twenty years later, in their own time—and especially in that precious moment of 11:00 a.m., on the 11th of November in 1918 when the guns all finally went quiet along the Western Front—they had achieved a peace that brought an end to four long, bloody years of terrible conflict. 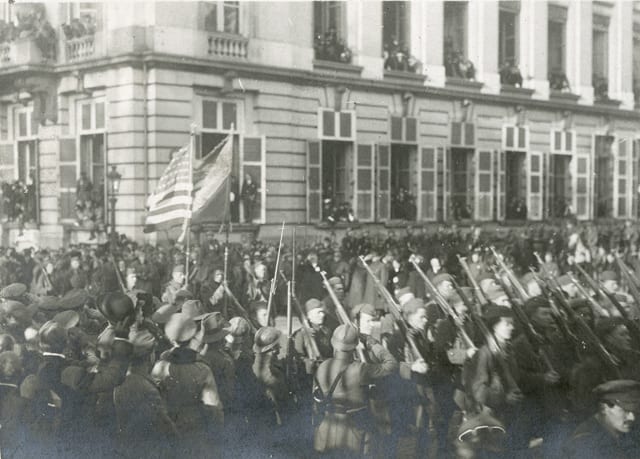 Your ticket for: Finis la Guerre: The Eleventh Hour and the End of World War I